Amber Dawn Orton is a professional fitness model, personal trainer and nutritionist from the US. She became involved in the fitness world in 2010, after winning the overall in bikini at her first NPC show.

Growing up, Amber was involved in pageants and modeling, yet never lifted a weight or followed a strict diet until she started competing in the 2000’s.

After completing a degree in finance, she was inspired to follow a career in the fitness industry after reading about fitness models in magazines. From that point, Amber says that she made the health industry her focus in her everyday life.

She would go on to study to become a personal trainer and would work as a posing instructor, nutrition/prep coach, endorsed athlete, competitor and NPC judge. 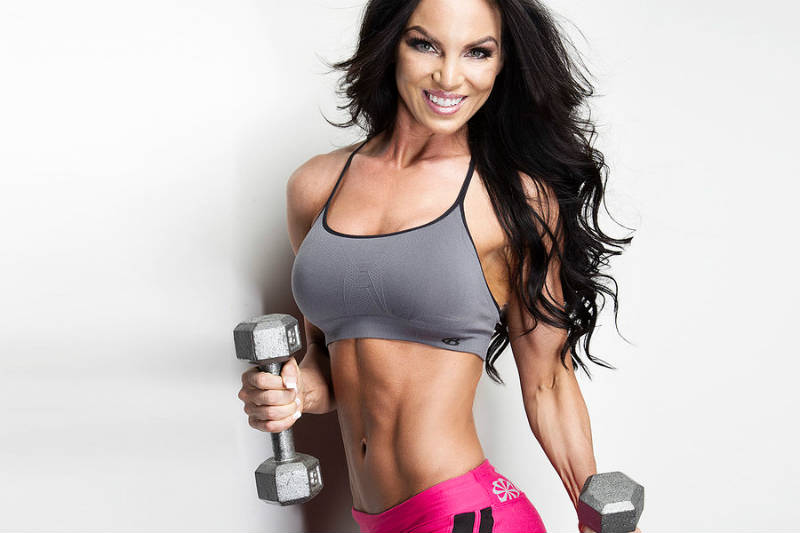 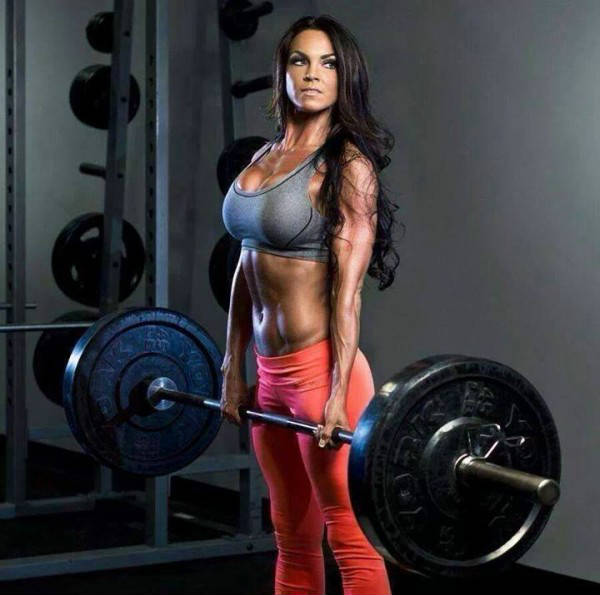 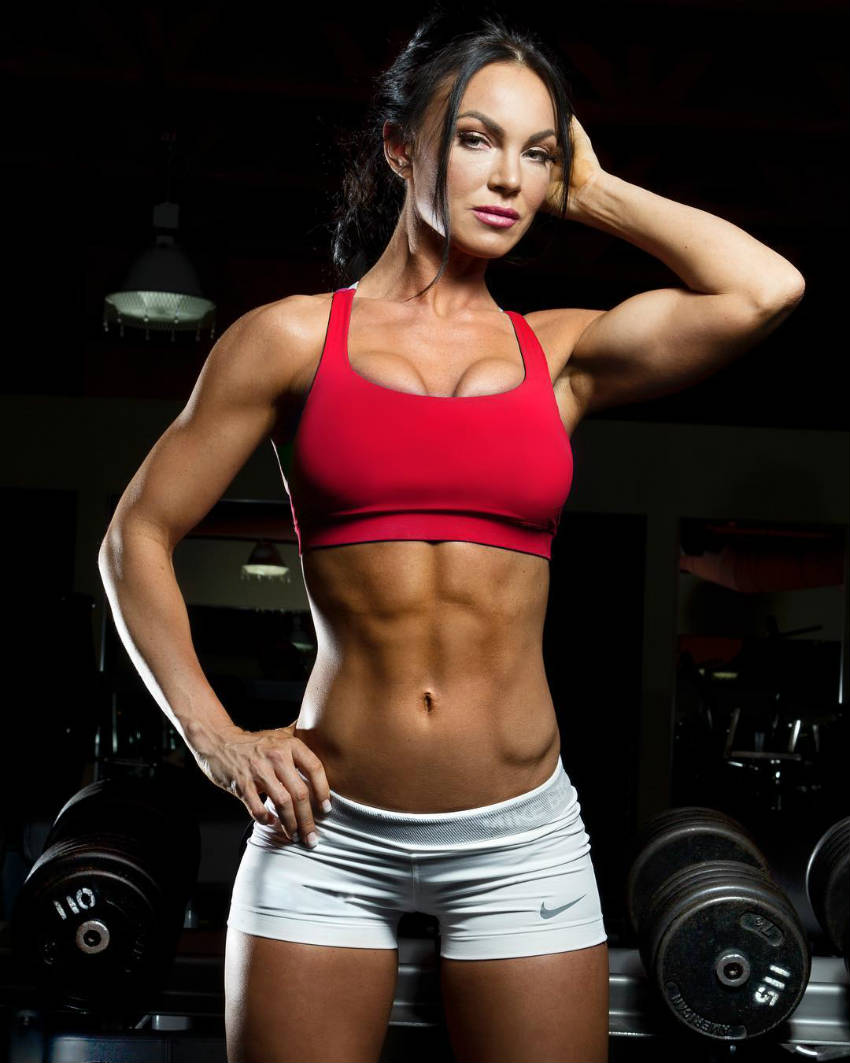 When Amber trains, she trains heavy and with intensity. She says that the only way to make gains is to go all out, pushing to her limits. Amber has been “lifting heavier and heavier each year;” always aiming to set personal goals and build her strength.

Amber enjoys working out her entire physique, but she has a few favorite exercises that she prefers.

For her glutes, Amber has always loved the glute kick back. She says that the exercise really makes the area sore, so she always includes it in her weekly routine.

Amber also really enjoys various forms of the heavy overhead press. She loves working on her explosive power, valuing the way in which the exercise works her abs, as well as her shoulders.

Finally, for her back and general upper-body, Amber loves to complete pull ups. She believes that pull ups are a test of anyone’s strength, so always includes them in her workout to test her own.

Amber likes to include a lot of HIIT (High Intensity Interval Training) in her workouts. In these sessions, she completes sprints and plyometrics to work her body hard and burn fat.

She adds in at least 3 HIIT sessions and 2-3 longer duration (40-60 min) LISS sessions to her daily weight lifting routine. Her cardio will change if she is getting ready for an event, competition or photoshoot.

For show preparation, these exercises are extremely useful and she increases the intensity and duration of her sets. For fun, Amber has also included Yoga as a small part of her routine, offering a chance to stretch her muscles and build a positive attitude towards her weights session. 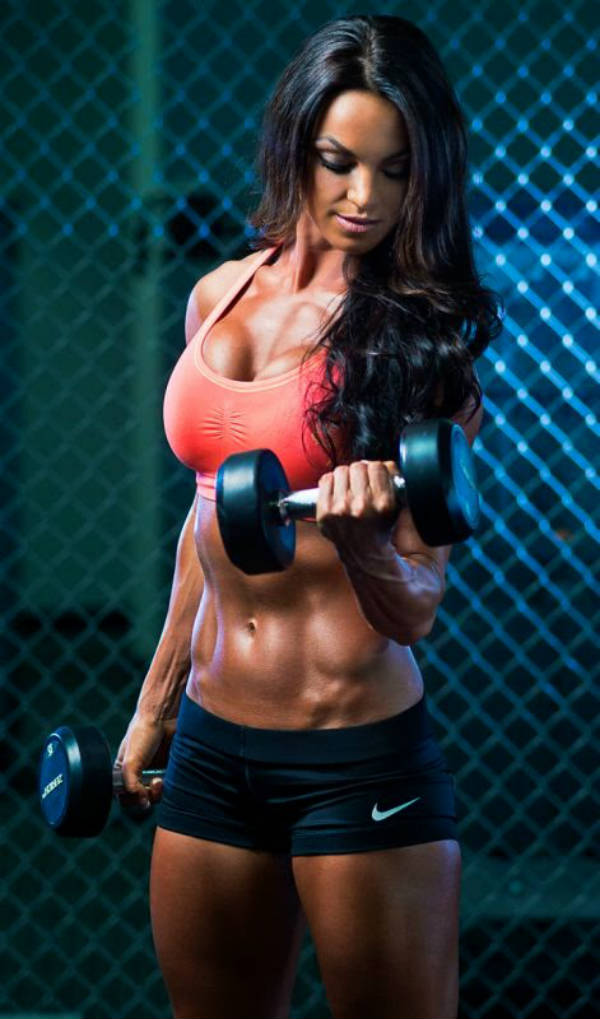 Amber has to focus on her daily macronutrient needs, as she has to maintain her size and strength for her career. She sets her macro goals at 145g protein, 185g carbs and 45g fat a day for lean bulking.

When she is looking to maintain her muscle mass, Amber’s intake is 140g protein, 165g carbs and 40g fat.

Instead of regular cheat meals, Amber has chosen to have ‘refeed’ days. She says that the the whole point of refeed days, are “to bring your carb intake up to help bring leptin levels back to a stable position.”

These days will include meals that are heavy in healthy carbs, such as sweet potato with chicken and rice. She makes sure to tracks the calorie count and avoid junk food completely. 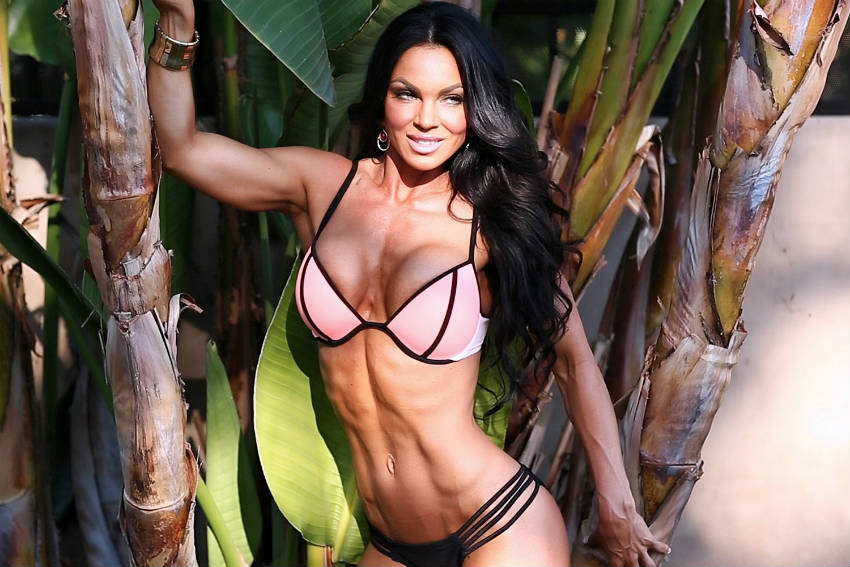 For her daily diet, Amber uses more of a flexible dieting approach and believes strongly in the ‘if it fits your macros’ concept.

She has meals delivered to her her house for her to prepare quickly, and eats whatever food will allow her to hit her macro-nutrient target for the day. One daily meal plan example is below:

Amber favorite dishes change with the seasons. When it is warm outside, she loves to eat small, cold meals such as tuna salad or a cold protein smoothie.

In the winter, she much prefers warming meals such as lean ground turkey with sautéed onions and mushrooms. She occasionally mixes this up with eggplant hummus and hot sauce and eats with brown rice and salad.

Supplements are also crucial for Amber and help her maintain he lean mass and build muscle. One of her staple supplements is whey protein, which she drinks regularly throughout the day.

Before a workout, Amber includes a pre-workout supplement to get her pumped and focused for her session. 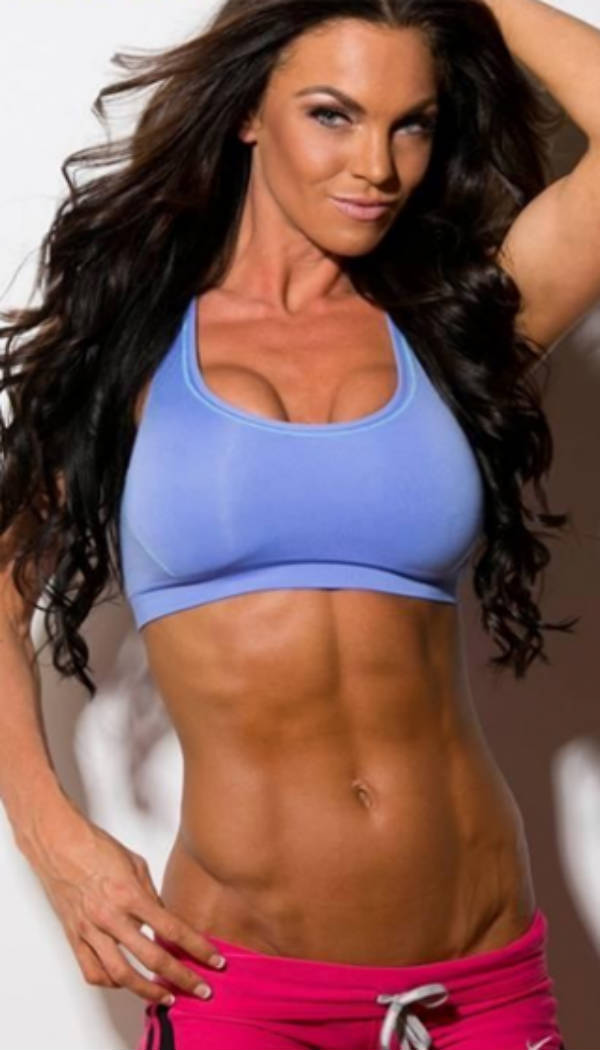 In terms of bodybuilding and fitness influences, Amber respects the achievements of models such as Lori Harder. She says that Lori has been a “great influence” in her life, and she has admired her physique ever since she first saw her on a magazine cover. 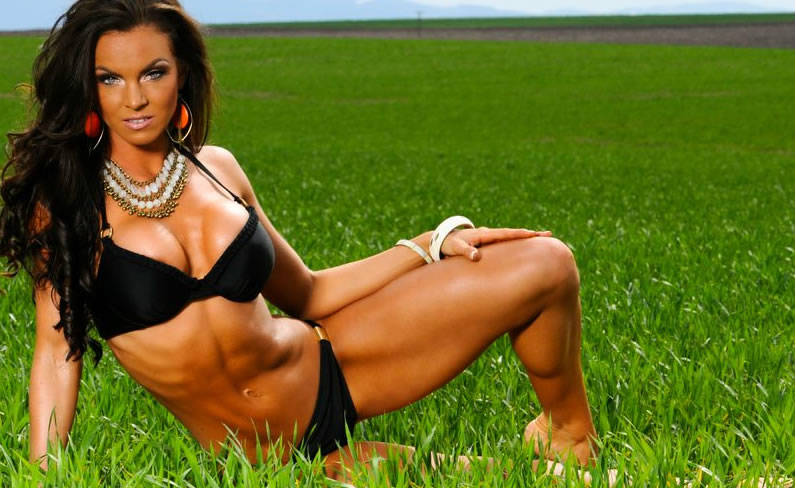 What we can learn from Amber Dawn Orton

Amber has always focused on never giving up. She studied finance at college, but realized shortly after that the fitness industry was for her. She followed this passion with determination and inner-strength, enjoying every minute.

“The key with progress is to just keep going. You might not see physical changes everyday and you may get discouraged by the scale or other factors.. But if you just keep going, and don’t give up no matter what, you will eventually get there. Believe in yourself!”