Ally Stone is a fitness model, bikini athlete, blogger and social media star from New Jersey, USA. She was inspired to sculpt her dream figure after seeing athletes online at the age of 17, in 2013.

Only 2 years later, Ally had earned her first trophy after being placed 1st in the 2015 NPC Los Angeles Championships. Not long after, she’d gained masses of followers on Instagram (@allystone), recognized around the world for her incredible figure. 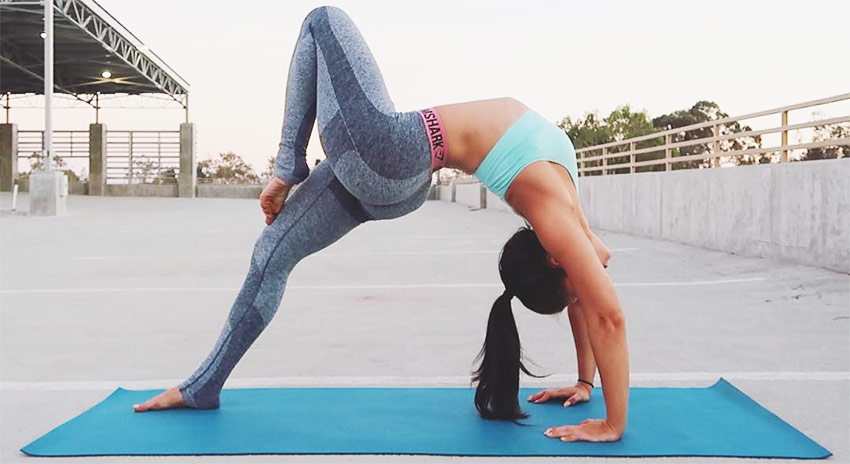 “Everyone has different goals. No goal is better than another as long as it’s for the better.” 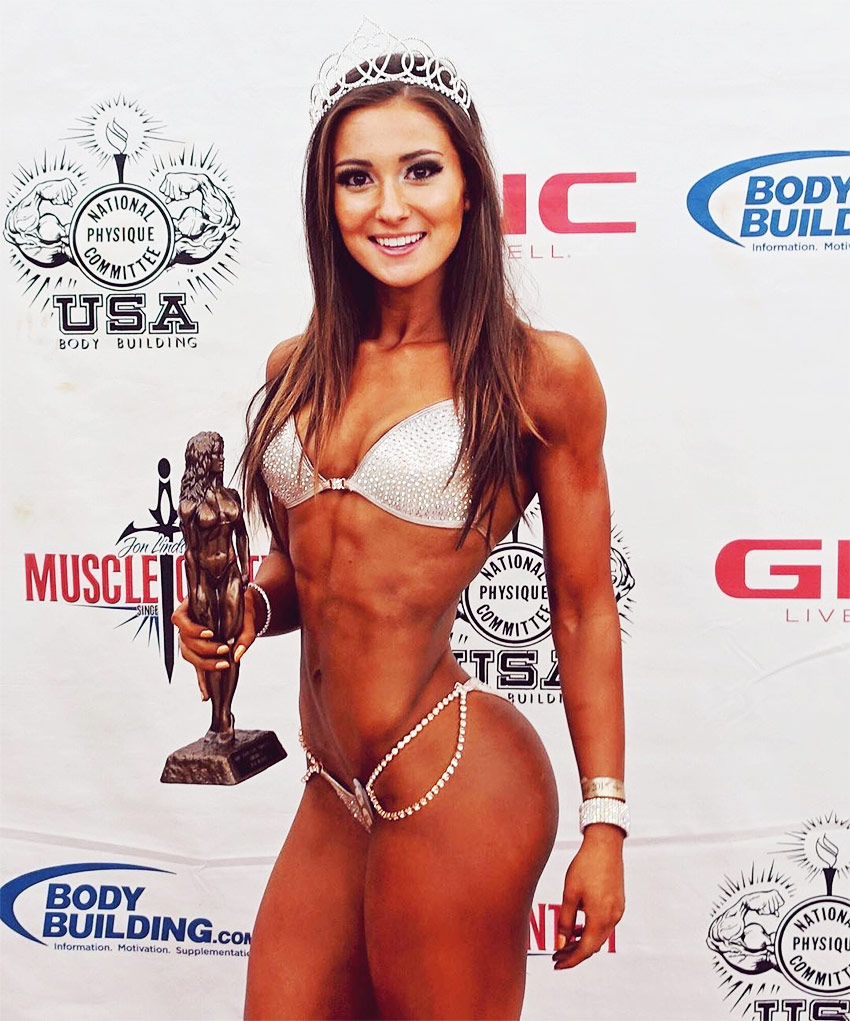 “Stop wasting entire days on the couch if you’re going to complain about missing the sun.” 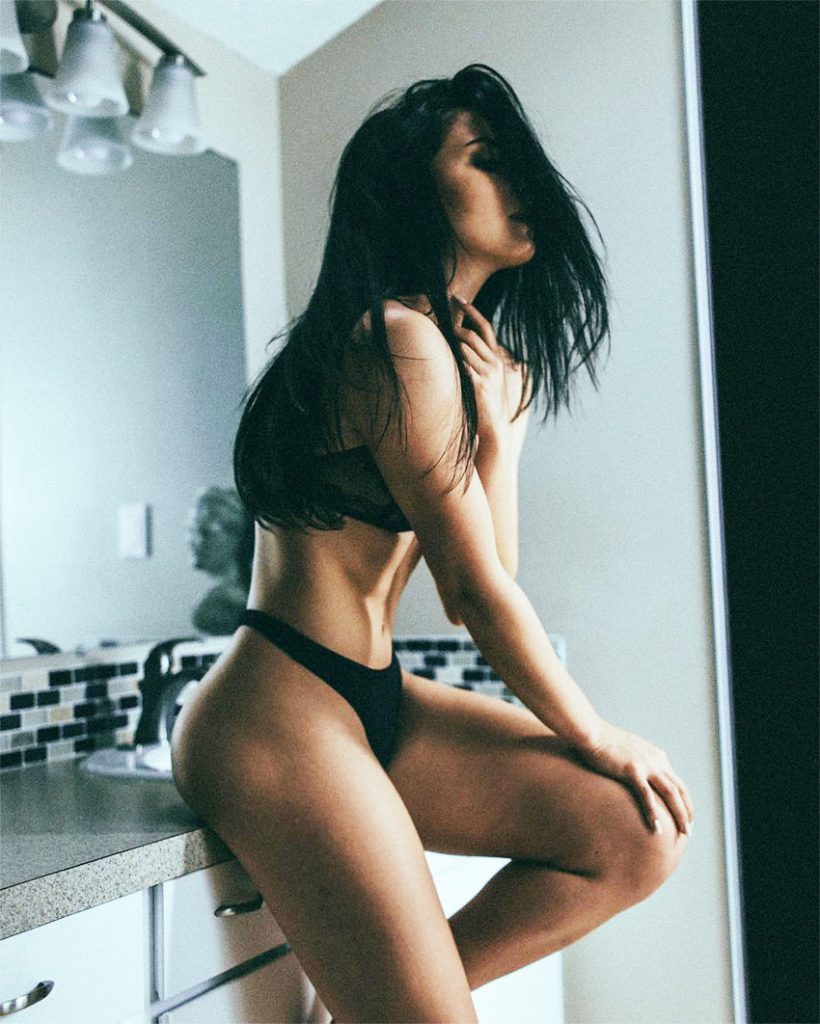 “Becoming a healthy person changed a lot for me and made me feel better in certain aspects of my life such as my confidence, sleep, and overall bodily functioning.”

Born and raised in New Jersey (USA), Ally grew up with a passion for fitness; from an early age, she enjoyed running, participating in yoga, and even lifting weights.

As a result, Ally had always had an interest in fitness model’s – aspiring to sculpt a figure similar to the athletes’ when she was older. However, she found it difficult to develop a lean and muscular physique at first, being naturally short and skinny. 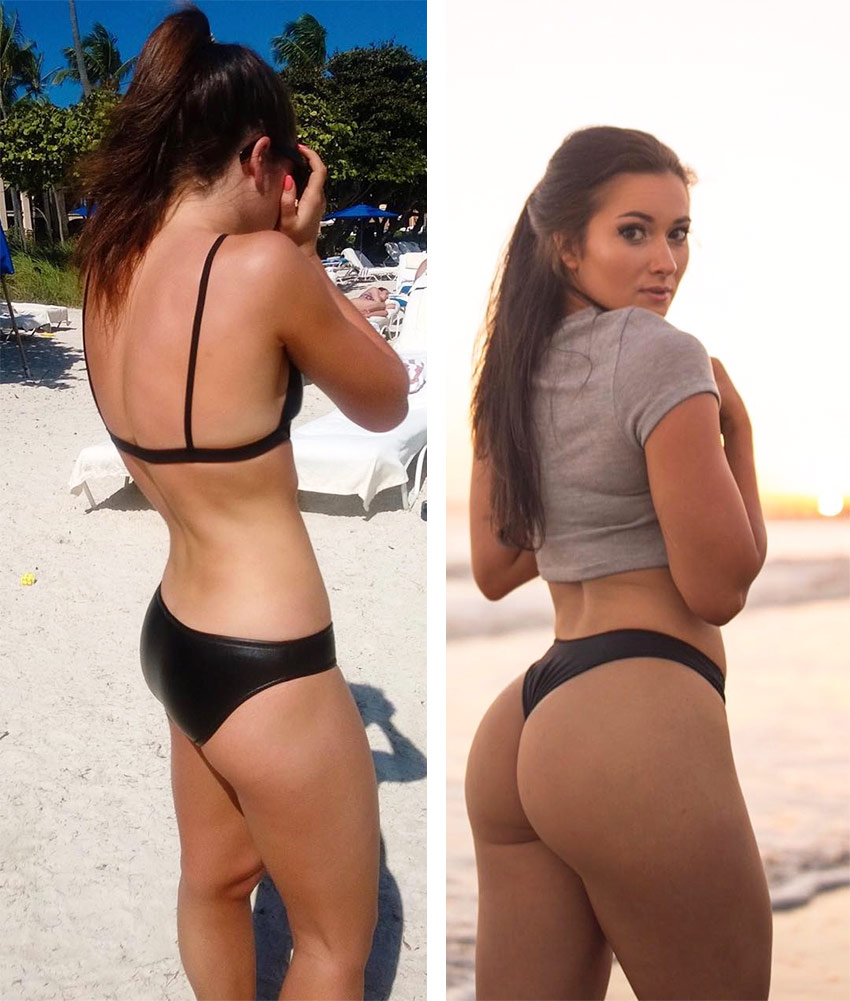 In 2013, at the age of 17, Ally created an Instagram account and began posting pictures and videos of her fitness journey online. She used social media as a platform to document her progress in fitness, and as a way to share her passion for bodybuilding, as well as art.

During this time, she enrolled at the University of California (Santa Barbara) and left her family home – committing to her art degree.

It wasn’t long until fans from around the world noticed Ally’s incredible figure; the girl from New Jersey began gaining masses of followers, becoming idolized for her successful transformation – from skinny teenager, to curvaceous fitness model. 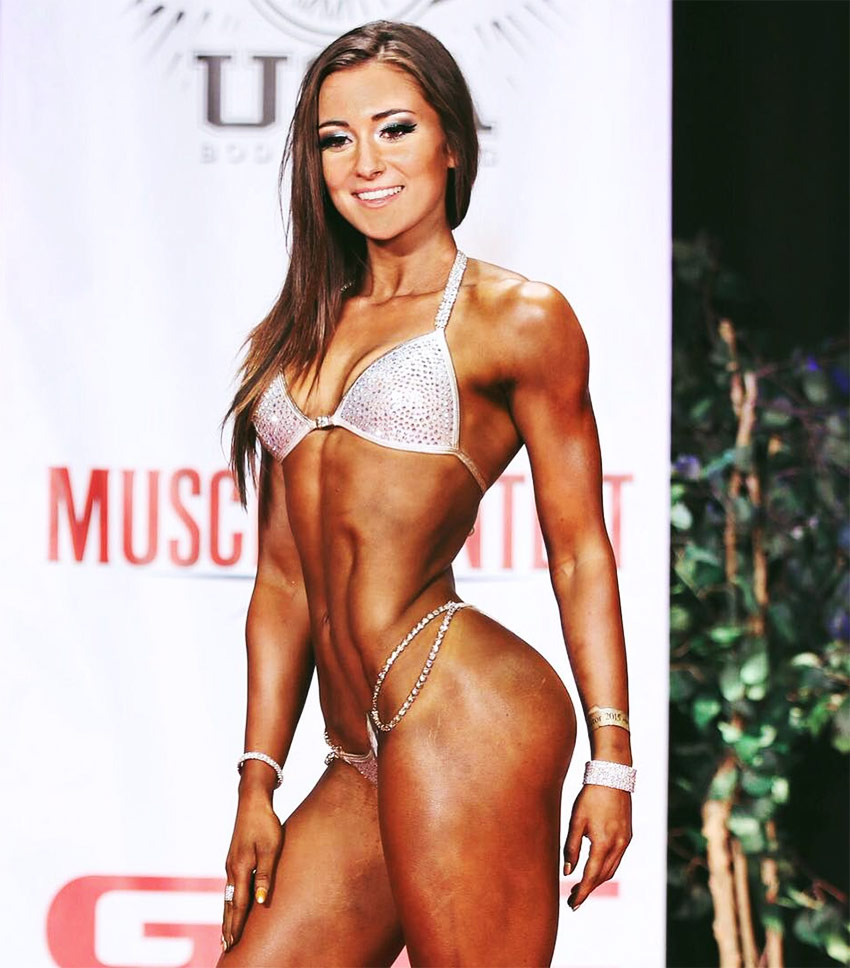 By 2015, Ally had become a social media sensation with many encouraging her to enter fitness competitions  – and this is exactly what she did.

After training rigorously for the next few months, Ally finally appeared on stage at the NPC Los Angeles Championships (in the Bikini Class C category) that year. The 19-year-old had no expectations to win, but her figure impressed the judges; as a result, Ally was placed 1st – taking home the trophy in her debut show. 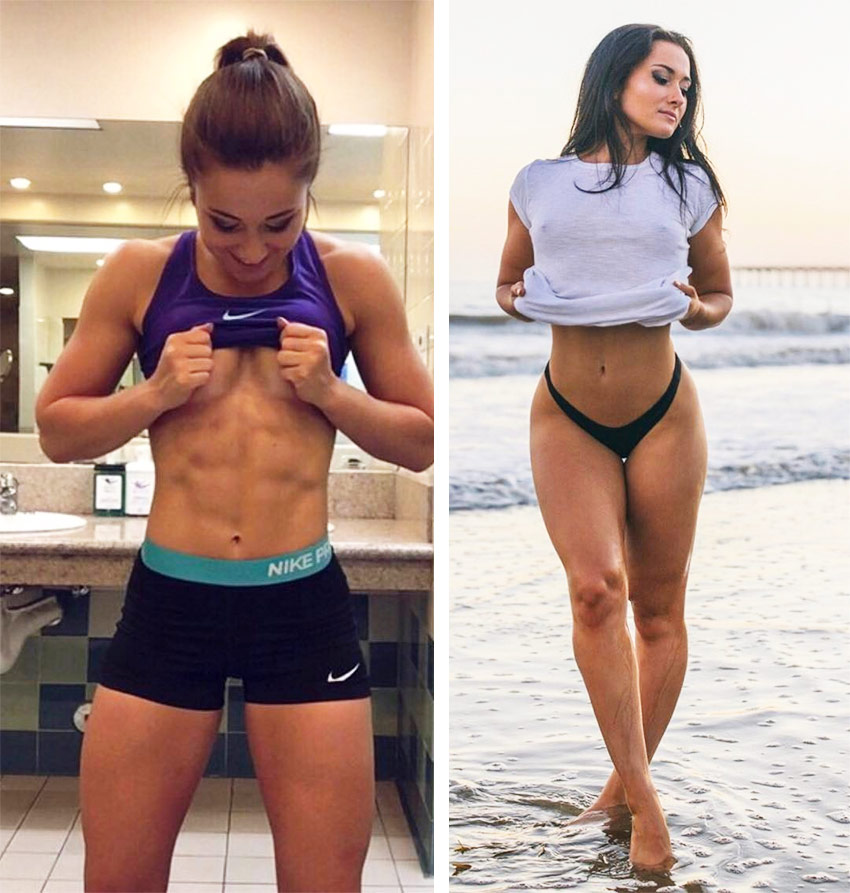 Transformation photos of Ally since she stopped restrictive eating patterns.

After experiencing success as a fitness model, Ally decided that being a bikini athlete wasn’t a career she wanted to pursue. Although she’s achieved a shredded figure that many dream of having, by 2017, the youngster desired a ‘curvy’ physique – instead of having a 6-pack.

As a result, Ally began lifting heavier weights while following a more lenient diet plan – allowing herself to enjoy occasional cheat meals. Ultimately, she realized how restricting being ripped all-year-round was making her lifestyle, so she made the decision to allow some ‘fat gain’ to enjoy socialising with her friends.

“I realize that fat gain leaves room for vacations, favorite meals, and nights out. I realize that all of these things make me a healthy person inside and out rather than just on the outside.” – Ally Stone 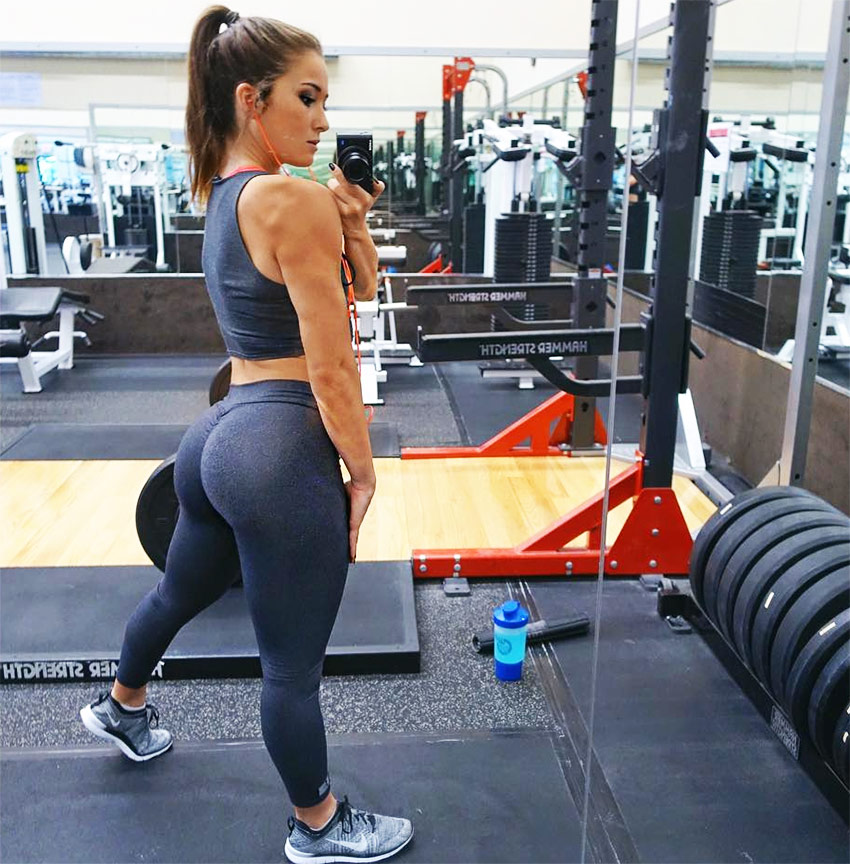 “One of my favorite ways to start Leg Day – Deadlifts.”

Fitness has become part of Ally’s lifestyle, so she doesn’t allocate days simply to train in the gym – she considers fitness as a hobby, but doesn’t follow any strict workout routines (accepting that she might miss some days due to socializing with friends).

However, she does have certain favorite exercises that she enjoys performing at the gym. 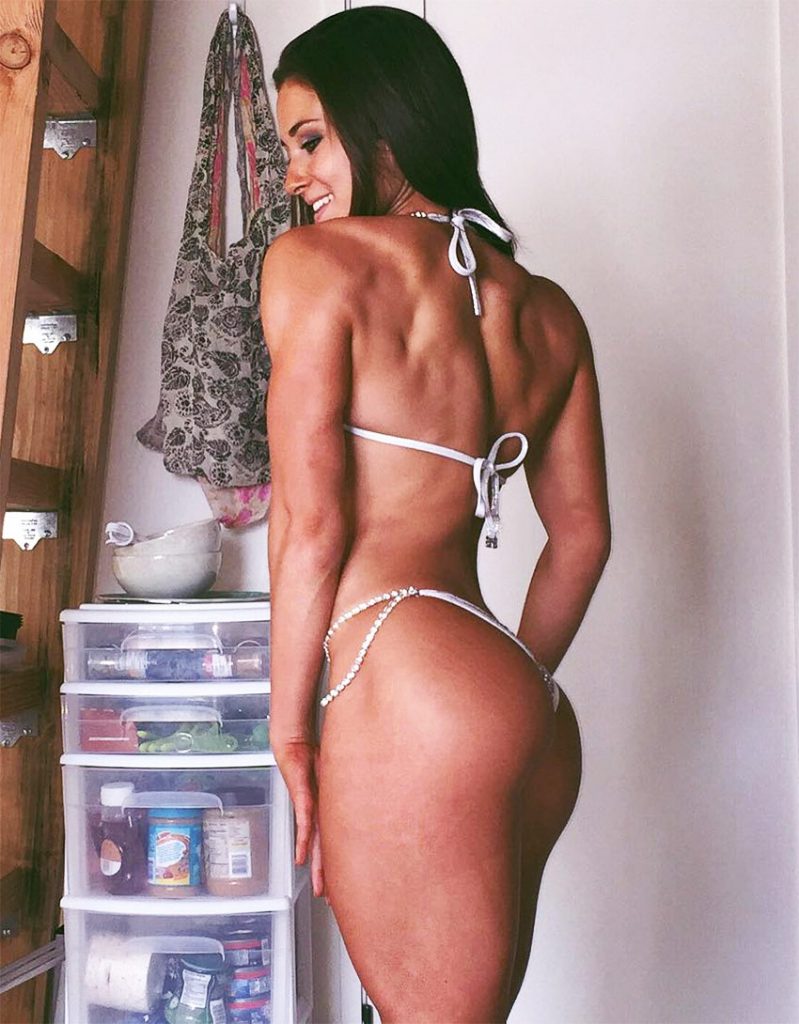 “You need to learn that in order to get results, you need to put in effort.”

Ally knows the importance of following a non-restrictive diet – she endured a ‘carb-free’ eating plan during the build up to her fitness show, and became unhappy with her life.

For this reason, she’s become an advocate of ‘IIFYN’ (If It Fits Your Macros) and counting her calories, in order to allow for the occasional cheat meal – and to enjoy meals out with her friends. 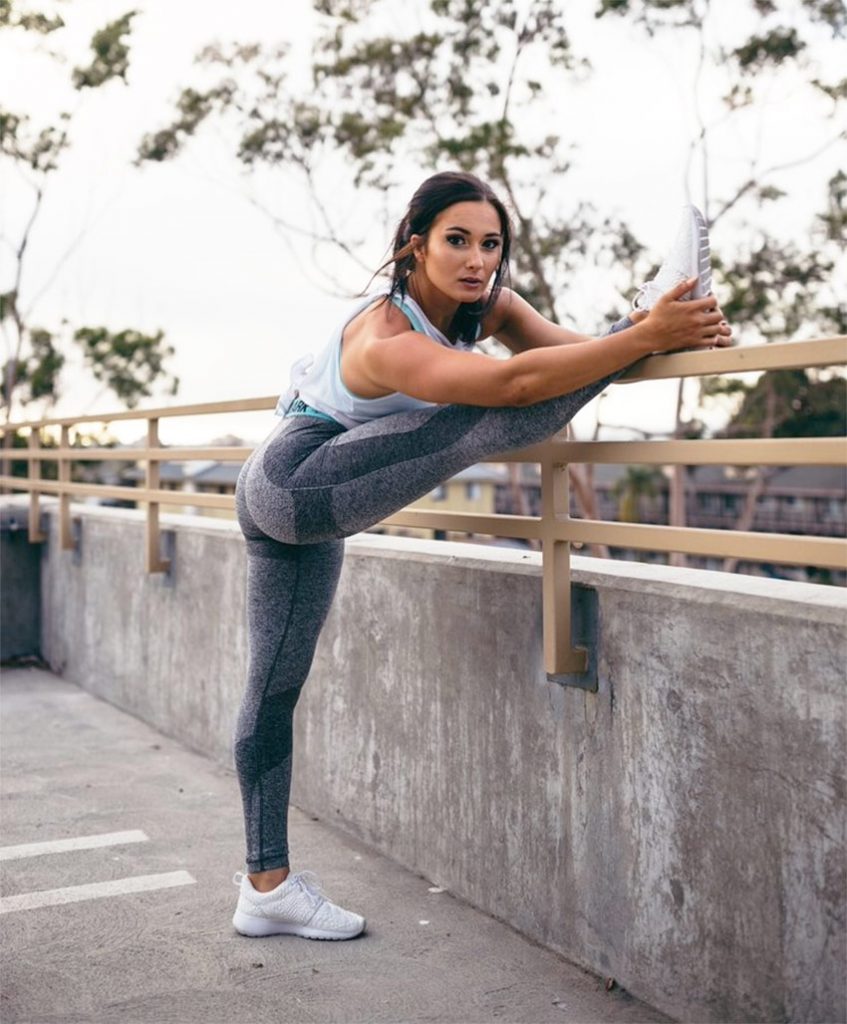 “I didn’t realize I would have the opportunity to reach the people I do.”

Ally was first inspired to achieve her dream figure by the likes of Paige Hathaway and Michelle Lewin online.

However, after becoming a social media star herself, the champion bikini athlete names her fans and followers as her main source of motivation – she enjoys being able to help others on their fitness journey, reaching people around the world. 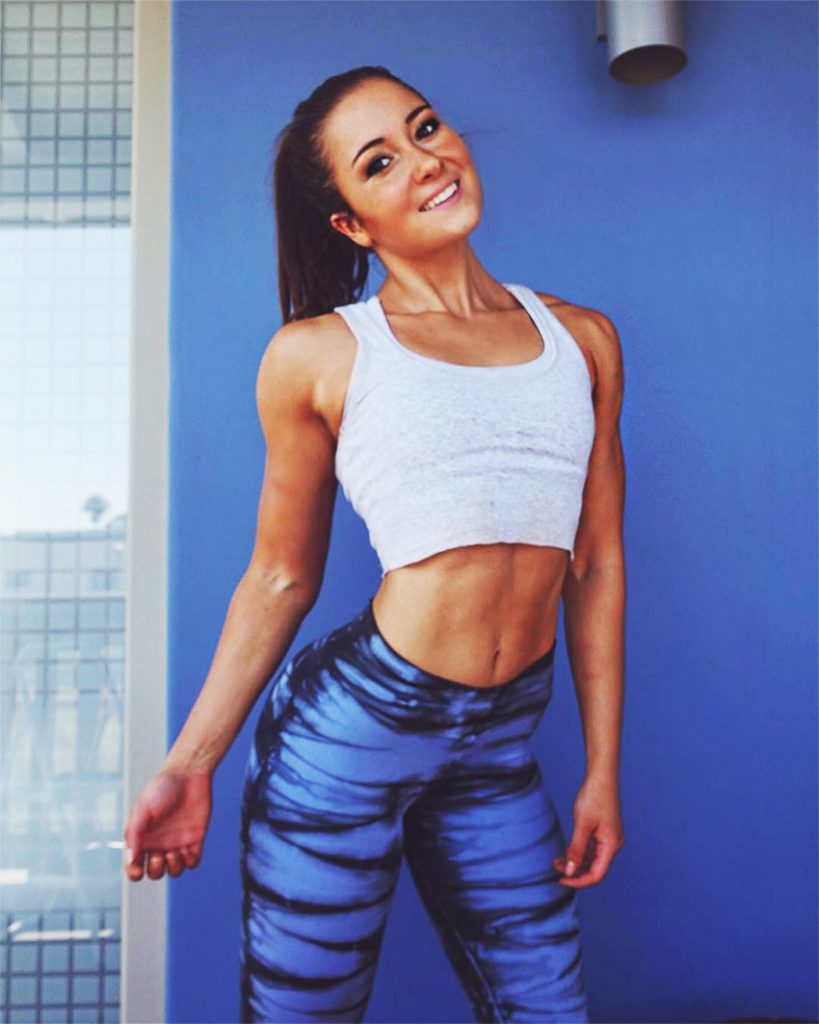 “I had a six pack and leaner legs and defined delts. This may be someone else’s goal. I just found out it wasn’t mine anymore.”

What We Can Learn From Ally Stone

One thing we can take away from Ally’s story, is to always work hard towards your goals in life – she set her sights on achieving a figure similar to her fitness model idols, and earned a trophy from her debut competition only 3 years later.

You should always be active and make steps to fulfill your ambitions.