Allison Ethier is a figure competitor and fitness personality from Nova Scotia, Canada. She rose to fame when she appeared in famous bodybuilding magazines in the 00’s.

Growing up, Allison was extremely active and played a number of sports. She got involved in gymnastics and joined her school cheerleading squad – excelling in the sport from day one.

She was invited to carry on cheering at college, and would go on to perform for the Western Mustangs. After graduating, she set her sites on the fitness industry and the rest is history.

Fast forward to today, and Allison has enjoyed a successful run in figure competitions worldwide. She has competed in Europe, Latin America and the US; loving every minute. 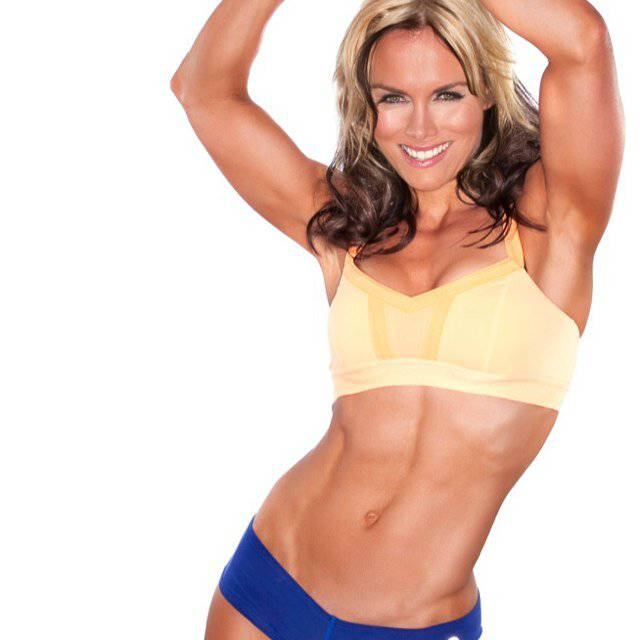 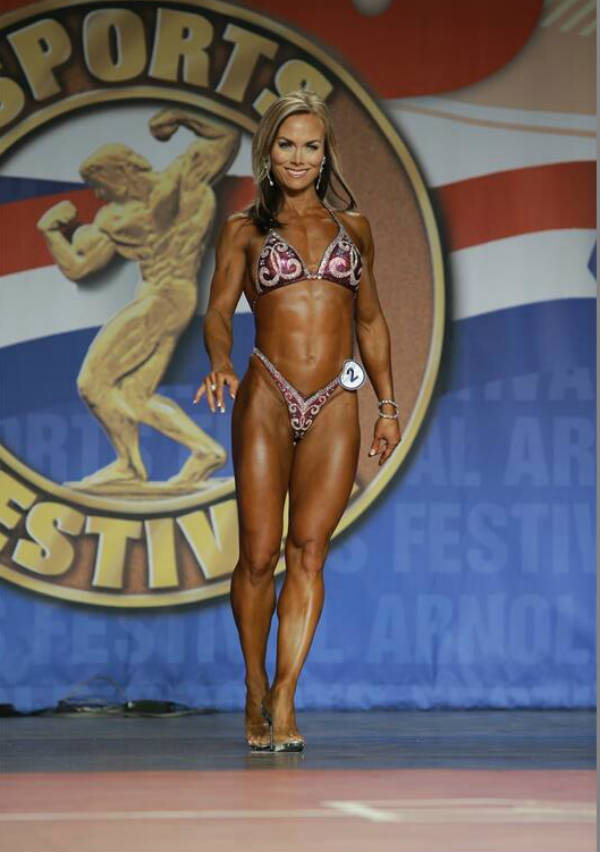 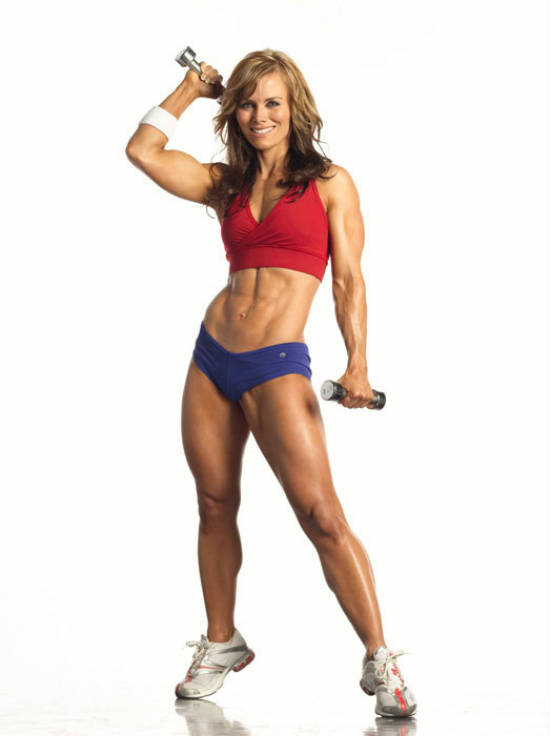 Allison was born in Nova Scotia, Canada, and grew up in the city of Moncton, New Brunswick. As a child, she was extremely active and would always try and climb trees and walls whenever she could.

Because of this love for climbing, her mom signed her up to a gymnastics class. She loved learning the acrobatic techniques so much in this class, that she decided to join her high school cheerleading squad and use what she had learnt.

Allison excelled in the sport and was ultimately recruited by the University of Western Ontario. She cheered for the Mustangs football team and enjoyed the experience hugely.

When Allison had returned from college, she completed a Bachelor of Education at the University of Prince Edward Island. This degree gave her a job at a local high school, where she taught mathematics, science and ethics.

Ultimately, this career didn’t feel right for her. While in her first degree, she had seen fitness competitions while cheerleading, and knew that one day she would make this her life.

After a few undisciplined weeks which Allison says “turned into months,” she pondered following this career, but didn’t hit the gym at all. She eventually decided that she couldn’t wait anymore and told herself that she would get in shape and compete.

Allison started to educate herself on the ins-and-outs of fitness competitions and read a book on bodybuilding nutrition. She also bought and read the leading fitness magazines of the time – incorporating what she had learnt into her life. 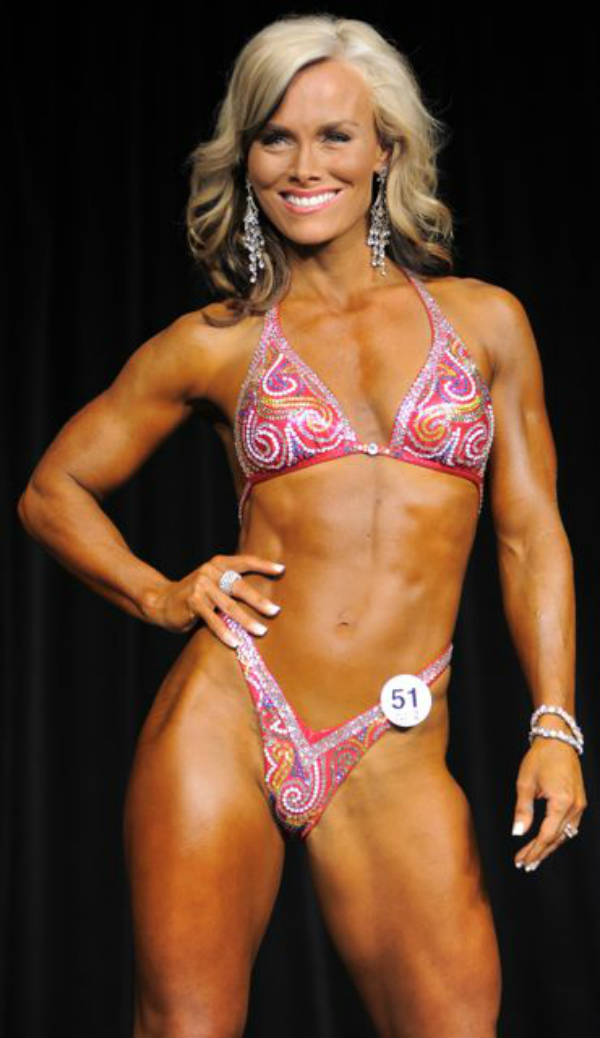 After building a toned physique through months of hard work, Allison managed to find out where the local competitions were being held and entered them.

Her first show was ‘Miss Fitness New Brunswick’ in 1999. There was just her and one other girl in her category posing, but it was great first experience for her.

She ended up winning the show, and met a writer for Musclemag who wrote the ‘Canadian Corner’ column. To her surprise, he wrote an article about her straight after the show, so she had appeared in a major magazine before her career had even begun.

Following this show, Allison placed top 3 in a number of CBFF Amateur events. After a long period of training, she then managed to qualify for, and win her Pro Card at the 2009 North American Championships in Ohio.

After achieving her IFBB pro card, Allison was invited to a number of high-profile events where she performed excellently. She also managed to travel the world with her sport – competing at the Arnold Classic in Madrid, Spain and Rio de Janeiro, Brazil.

When reflecting on this career, Allison says that the best part of competing is meeting other women who share the same interest. She says that she respects every other woman that chooses to follow their fitness journey.

Allison’s success at competitions allowed her to land features in many major magazine’s. She landed spreads in Ironman magazine, Muscle & Fitness, Oxygen, Musclemag Inside Fitness and various other publications.

She also worked as a spokesmodel for various bodybuilding programs, infomercials and televised promotions. 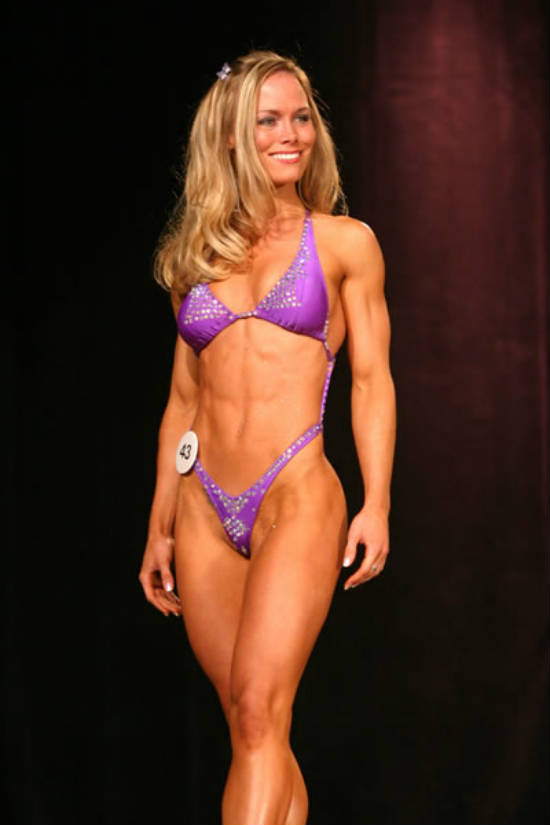 When Allison first started working out and competing, she was doing a 3 day split with a lot of cardio. At the time, it worked well, but it negatively affected her progress, as it broke her body down too much and caused injuries.

As she learned more about her body and the way it reacts to training, she developed a 4 day split with a small amount of cardio. This worked perfectly and allowed her to train instinctively when she felt she needed to.

The kinds of rep and set ranges that Allison incorporates into her routine are below:

Allison’s cardio is mostly running and stepper training based. She has found these exercises to be great inclusions before a show to burn fat and reveal definition.

When she isn’t preparing for a show, she has a much more relaxed view of her cardio sessions. She plays a variety of sports; seeing cardio as a social activity to meet up with friends for.

Her favorite form of low-intensity cardio is Yoga. She loves to do it in hot conditions and work up a sweat with a class. She also does Yoga at home in the morning to build flexibility and inner-peace. 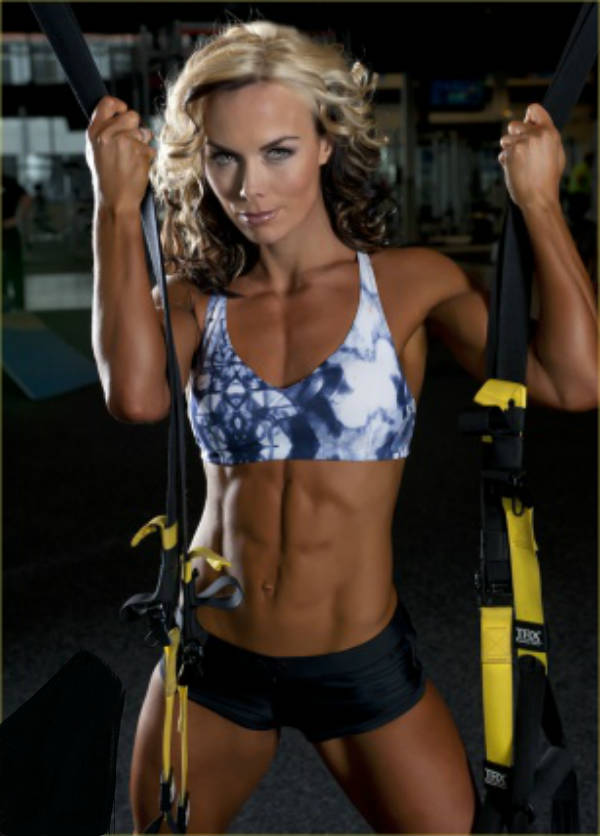 Allison usually follows a 40% carbs, 40% protein, and 20% fat approach to dieting. During the pre-contest period, she will cut back on the carbs and increase her protein intake to help speed up the leaning out process.

During this period, she says that her diet will look more like 50% protein, 30% carbs and 20% fat. Fats are always kept the same, to ensure that she has a steady stream of energy throughout the day.

Allison prepares healthy and nutritious meals. All of he meals include lean meat, good clean carbs such as sweet potato and other vitamin rich vegetables. Her favorite foods are below:

If Allison needs to deal with any kind of craving for junk food, she will simply tell herself hat she doesn’t want to go off track. She says that if she goes off track badly, she will immediately “get back on” – knowing what the results of pigging out will be.

Supplements are another important element of Allison’s diet. She drinks whey protein drinks regularly and also uses creatine and fat burner supplements to help with her cut.

To boost her immune system and general bodily health, she takes daily vitamin tablets such as D3, E and a strong multivitamins. 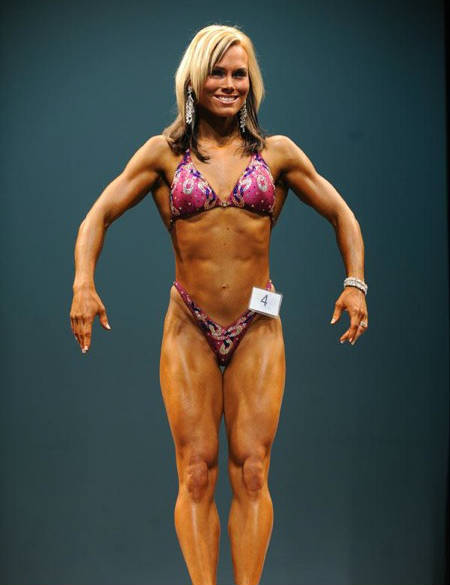 What we can learn from Allison Ethier

Allison Ethier decided to follow her dreams and focus on her fitness path. She pondered this option for a while, but realized when she started training that her potential was unlimited. She would go on to win her Pro Card and compete at some of the best competitions on earth.

Her success is an example to anyone who thinks they may not have what it takes. If you want to compete, why not train harder than you have ever trained, and do it.