Alexis Mariah Avina is a Nursing Student, Bikini Competitor, and online fitness personality. Boasting an aesthetic and fit figure, Alexis is an inspiration for her fans on the internet.

However, Alexis wasn’t always a picture of fitness like she is today. When she started her journey at the age of 19, Alexis had no knowledge of training or nutrition. But despite the lack of knowledge and experience, she didn’t give up.

Staying dedicated to her fitness goals, Alexis was eventually able to attain the figure she wanted. In the process, she became involved in bikini competitions, something that she’s since grown into a full-time career. 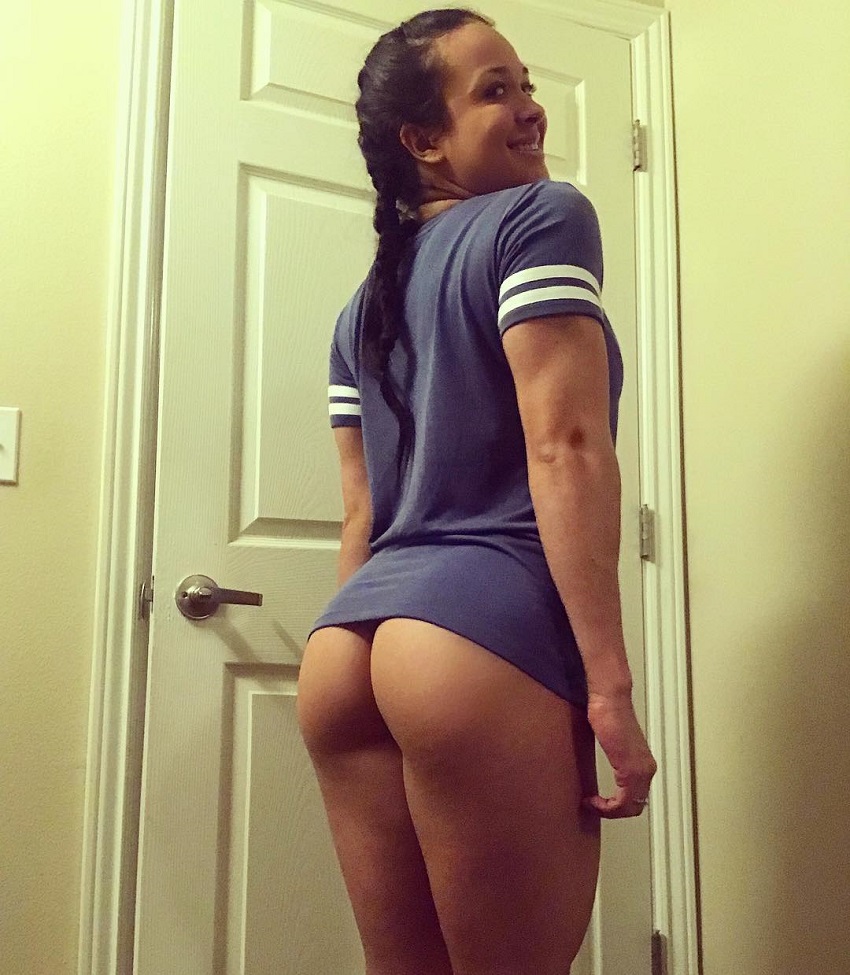 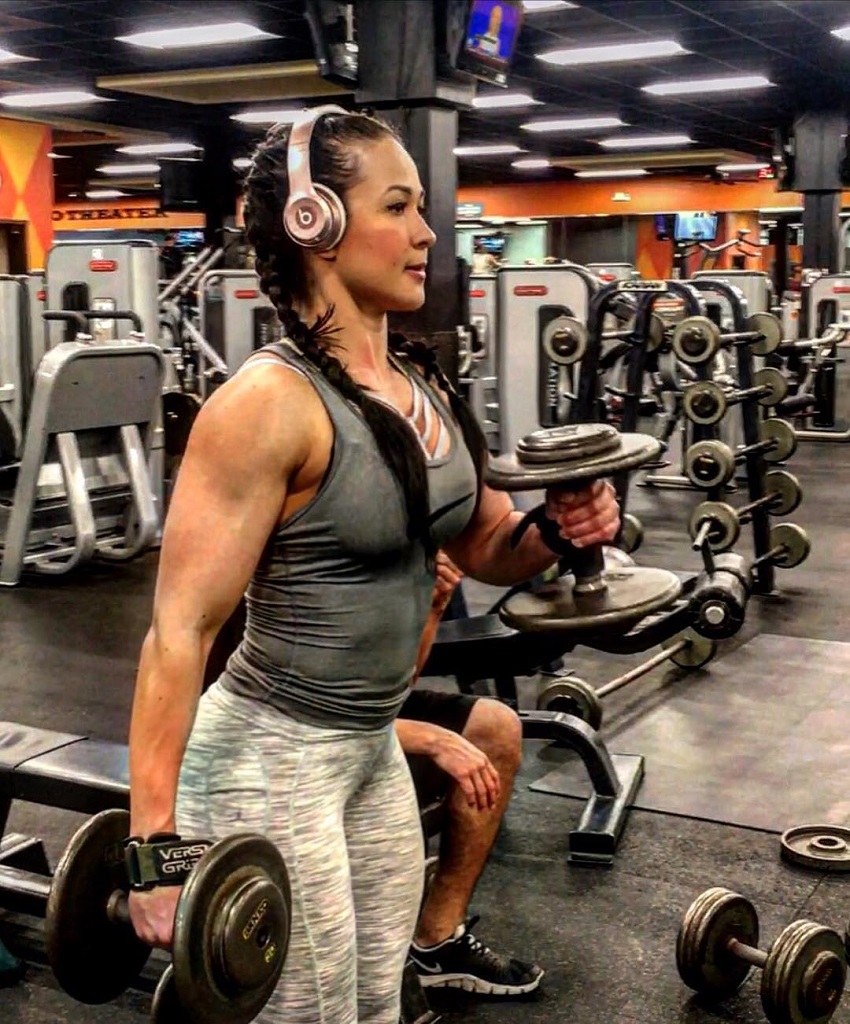 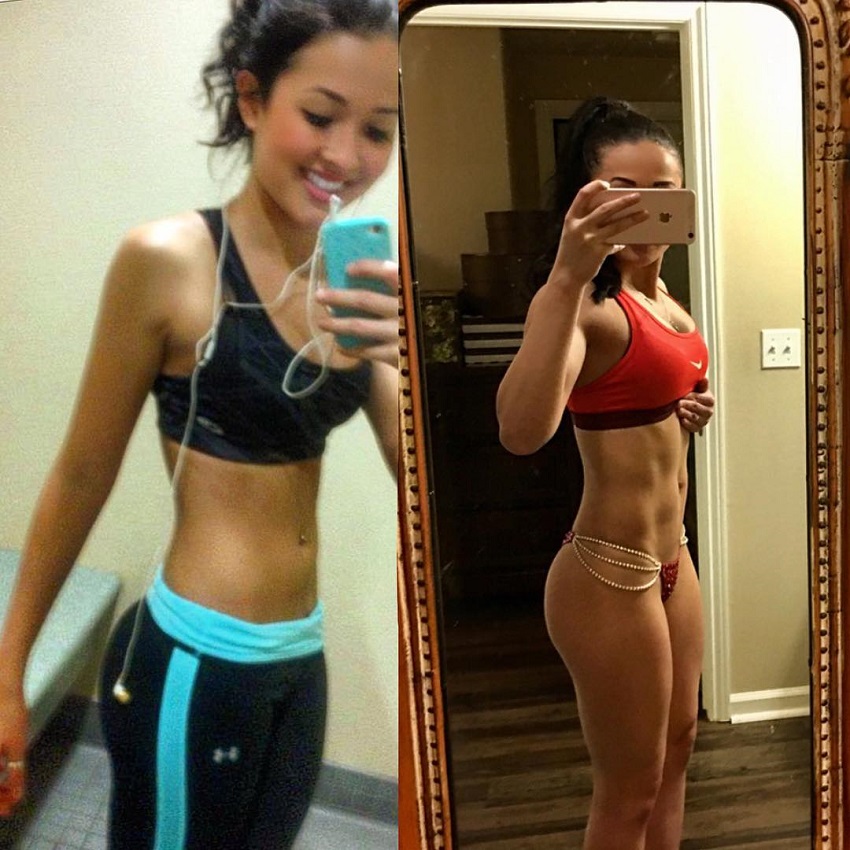 Initial Struggles in the Gym

Alexis Mariah Avina first embarked on her fitness journey at the age of 19, with a goal to attain an aesthetic figure.

However, it wasn’t easy for her at first as she didn’t know how to train with weights, or do any complex exercise. In Alexis’ words;

“I began my fitness journey at 19 yrs as a ‘cardio bunny,’ didn’t know dirtsquat besides how to curl dumbbells.”

From ‘Cardio Bunny to Fitness Success

Despite her lack of progress, Alexis wasn’t discouraged. ‘Leaving no stone unturned,’ she set out learning as much as possible about training and nutrition.

After months of dedication and hard work, Alexis was successful in her goals. She not only sculpted an awesome physique, but also started a whole new career in fitness along the path.

By the age of 20, only one year after starting her fitness journey, Alexis already had one fitness competition under her belt.

Following her debut on the fitness stage, Alexis opened her social media accounts to share her transformation story with the world. Ever since then, she hasn’t looked back.

Today, Alexis’ goal is to reach and inspire as many people as possible through social media, using her own story as an example. As she says;

“I want to help motivate others along their own journey, inspire both women and men to not give up on their own fitness goals, and show women that you can reach the body you want.” 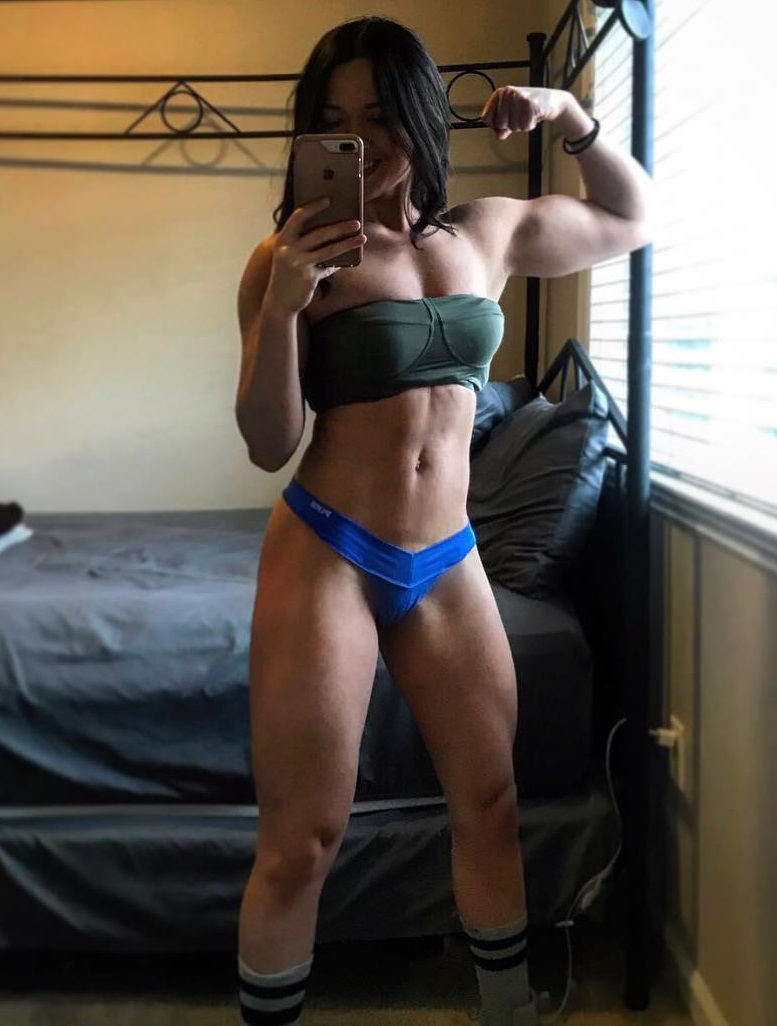 For example, if Alexis wants to burn fat quickly for a contest, she’ll do fasted HIIT (High-Intensity Interval Training) sessions. Out of all types of cardio, HIIT will most likely burn her body fat the fastest.

However, when she doesn’t want to risk losing muscle, Alexis will opt for slower types of cardio. Such as bike cycling, treadmill running, and walking.

Although these forms of cardio burn Alexis’ body fat at a slower rate, they do it more efficiently, without risking her muscle mass. 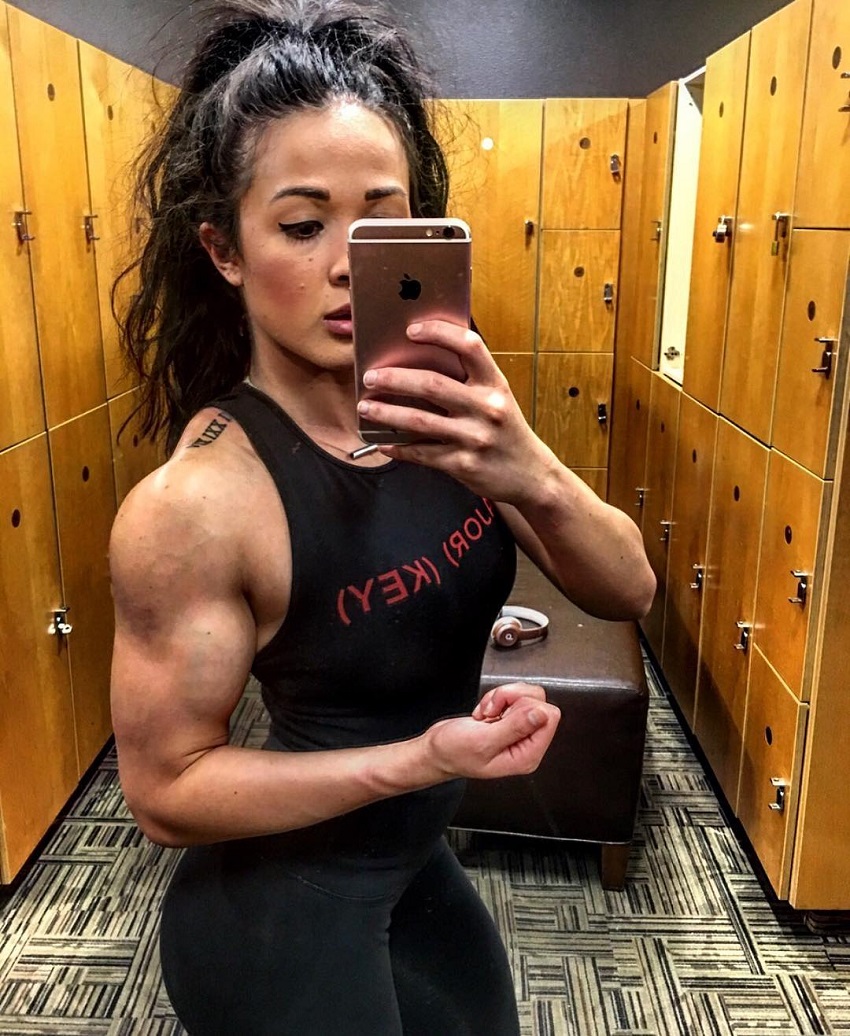 Just like any other fitness competitor, Alexis has two phases in her dieting regimen – ‘contest prep,’ and ‘off-season.’

While in the off-season, Alexis allows herself to have a more loose diet, her competition preparations are much more strict in terms of food choice.

In addition to her clean diet, Alexis also takes a few supplements to help with fat loss. They are; 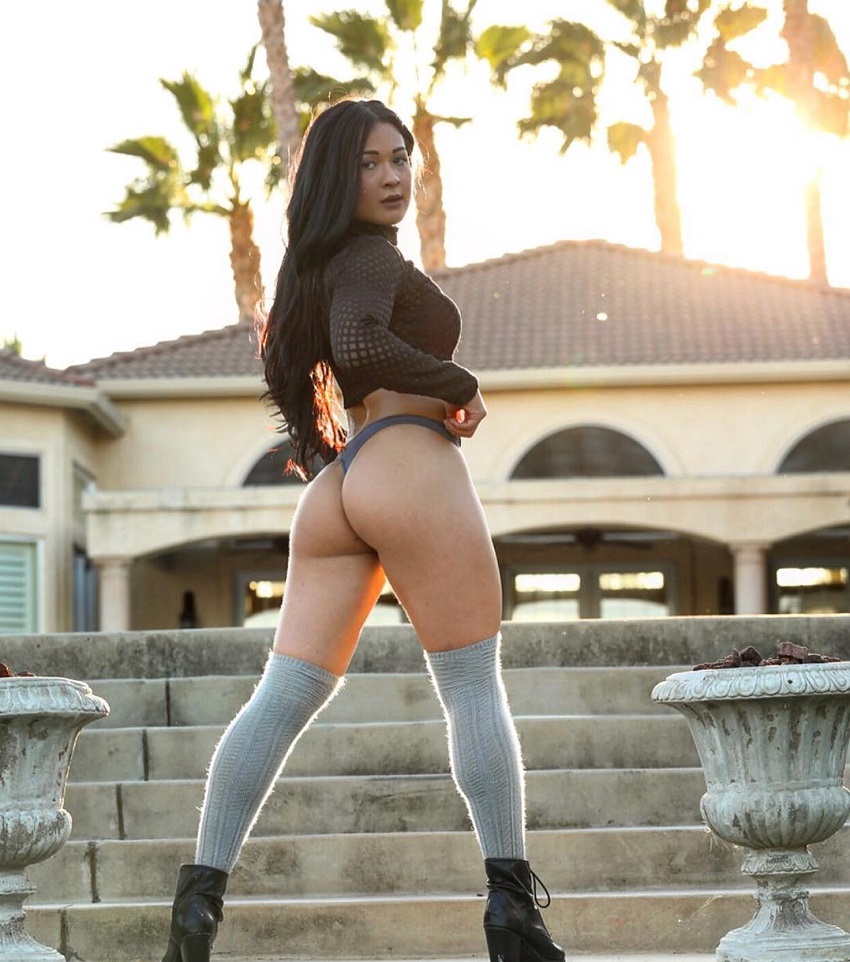 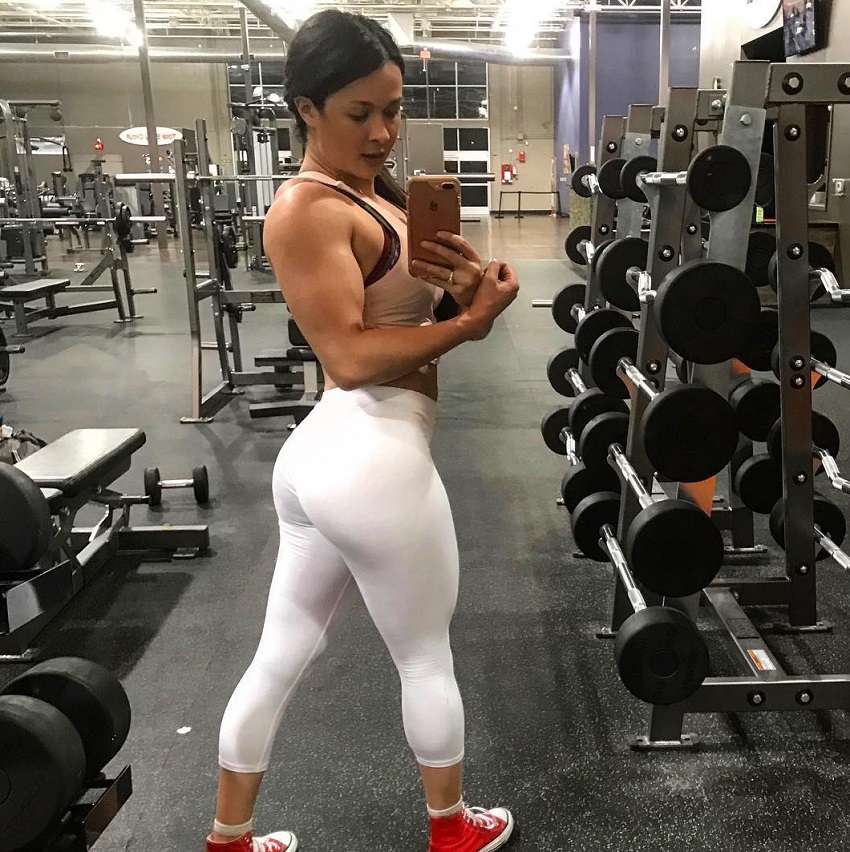 What we can learn from Alexis Mariah Avina

If anything, Alexis Mariah Avina has shown us that everybody starts somewhere. When she began her journey at 19 years old, Alexis didn’t know much about correct weight training, or dieting.

As she said, she only knew how to curl dumbbells and do hours of cardio. As a result, her physical progress stagnated.

However, by staying perseverent, Alexis was able to learn everything she needed to know about fitness. In the process, she attained an amazing physique.

Her story leaves us with the following lesson; if you’re afraid to start doing something you’re interested in, remember that even the best of the best were once only ‘amateurs’ – including Alexis Mariah Avina.