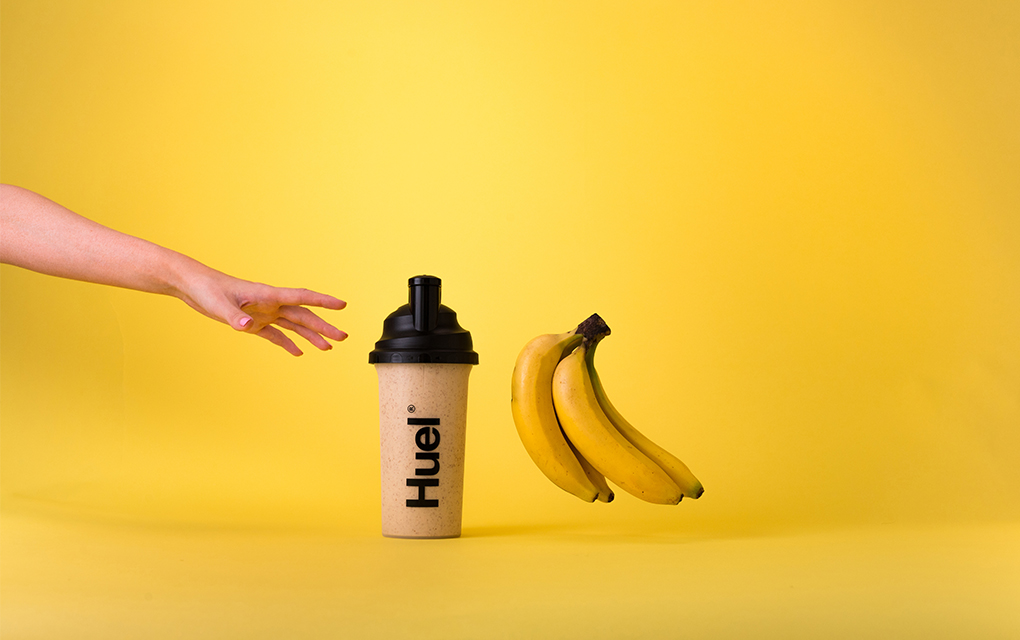 Huel has one of the largest selections of flavours in the meal replacement market, with such variety it is perhaps unsurprising that there is a wide range of qualities. Most people have heard of the frankly terrible tasting chocolate Huel, but which flavour is the best? In this article, we will be performing a Huel flavours review and helping you to discover the best one available. If you would like to find out where Huel ranks in our top 5 list, check out our guide to the best meal replacements here.

Huel has been around since 2015 and is the brainchild of creator Julian Hearn. It is one of the largest meal replacement companies in the world, and now boasts a huge range of products. They have bars, drinks, powders, and instant meals.

But their bread and butter is Huel powder, which is currently in its third iteration. Huel v3.0 is their most ambitious product yet and offers ten different flavours. According to Huel, the most popular flavours are Cinnamon roll, vanilla, and chocolate.

The powder offers 29 grams of protein, 38 grams of carbohydrates (of which 7 grams are fibre), and 13 grams of healthy fats. There are also 3 grams of vitamins and minerals per serving.

Huel uses natural flavourings but does use an artificial sweetener in the form of sucralose. This is regular sugar that has been changed in a lab to be much sweeter. Meaning that they can use a much smaller dosage to recreate the same level of sweetness as regular sugar.

Before we start, it is important to note that we are only looking at the ten flavours of Huel that are available with the standard Huel v3.0 powder. Huel Black offers different flavours, and the gluten-free version will taste different as it has different ingredients.

Taste is subjective, so it is quite hard to properly rank flavours, we’ve done it based on user reviews that can be found online. We trawled through hundreds of reviews, finding the flavours that most people loved and the ones that many people either hated or were completely neutral about. We then split the ten flavours into the five best Huel flavours and the five worst Huel flavours.

Here are five of the best (and most popular) flavours of Huel according to users. Some may surprise you, and the most popular tends to surprise everyone!

Insanity. The banana flavour should not be anywhere near the top five, let alone the best Huel flavour ever. But numbers don’t lie. This flavour is consistently voted as the number one tasting Huel powder, and it is not difficult to see why.

Huel has got the taste just right. It’s not too artificial tasting (like most banana-flavoured products) yet nor is it overpowered. The powder is quite mild tasting, with a lovely hint of banana. The subtle flavour is perfectly suited to a product that is designed to be consumed every day.

It’s not too sweet, it isn’t cloying, and you are unlikely to get sick of it. Huel banana is the yardstick with which we will measure all other flavours.

All the reasons why banana is so loved appear to apply equally to vanilla. It is not overly sweet, it is not too strong, and it can be consumed regularly without people getting sick of it. If we’ve learned anything from our Huel flavour research it is that subtle tastes are superior to the more exciting and risky flavours.

Vanilla is an interesting one, not many people mentioned it as their favourite, but it was almost always mentioned in the top two. People would say “I love banana but hate chocolate. Vanilla is another great choice”.

What helped vanilla to climb the ranks to two is that it almost never received a complaint, it was not polarising in the same way that coffee was (people either love or hate coffee flavoured Huel). It was a strong second choice, and a reliable recommendation for others to try.

The term “vanilla” is often used to describe something or someone as boring. But vanilla is not boring, it is inoffensive, it is reliable, and it lends itself to most tastes. If you aren’t a fan of bananas, and want to play things safe, then vanilla is absolutely the right choice for you.

While the previous two flavours are quite safe and subtle, salted caramel is bold and (often referred to as) beautiful. It is very commonly mentioned as one that mixes well with other flavours. So adding one scoop of salted caramel to vanilla or coffee or even chocolate appears to be very popular (as opposed to using two scoops of the same flavour).

If this was a school report, we’d say “plays well with others”.

The original flavour of Huel is oats, and it is described as an oaty, natural taste. This is a bit of a controversial choice for the top five best flavours as very few people name it as their favourite. However, almost nobody appears to actively dislike the original flavour, and it is often mentioned as a great powder for cooking with.

Another entry that scores highly due to the lack of hate more than its own qualities. Berry is mentioned by a few as pretty decent, often it is described as “one of the better tasting products” rarely is it described as the best. But search online and you are unlikely to find many people who actively dislike berry flavour. It’s fine, it doesn’t attract any hate, and some people quite like it. This is a solid mid-table flavour if ever we’ve seen one.

If you are still reading, then you are here to revel in some pointless hatred and bile, and we are fully supportive of this attitude! Let the hatred begin.

Okay, it is admittedly difficult to throw scorn upon mint chocolate, a flavour that has offended few taste buds. If anything, mint chocolate scores low because so few people have an opinion on it either way.

This is a common theme, there are the massively loved (banana) and the massively hated (see below) and then there are a few flavours that get completely ignored. Mint chocolate is largely forgotten. It’s not good enough to be recommended, but nor is it bad enough to be chastised. It is the equivalent of Age of Ultron in the Marvel movies. Not bad by any means, but quickly forgotten.

To be fair to the coffee flavour, it apparently mixes well with some other flavours, but on the whole, it has a negative reputation. The biggest cause for complaint is that it contains actual coffee, and therefore caffeine.

We know that complaining that Huel used actual coffee to flavour their coffee Huel is an odd complaint, but it’s really not obvious that it contains caffeine until you’re shaking like a leaf mid-shake. Many people enjoy coffee flavoured foods and drinks, but not everyone wants caffeine. Particularly if you are already getting enough caffeine from real coffee.

This is the biggest reason why people hate coffee flavour Huel, and why it is so low down on our list. However, if you don’t mind the caffeine (88 mg per serving) then the taste isn’t actually that bad.

No flavour has been more unfairly treated by this list than Huel Cinnamon Swirl. It’s brand new (at the time of writing) and therefore has barely any reviews. This means that our measuring system may well have failed it. But at the moment, nobody is recommending it, nobody has it in their top 5 flavours, and therefore it is our 8th most popular flavour out of 10.

However, there is a method to our madness. If you look at the top five most popular Huel flavours what do they all have in common? Subtle flavours. The top taste is banana, followed by the vanilla. The cinnamon swirl is an aggressive, bold flavour. It is a love/hate taste, and many supplement companies have struggled to do it justice.

Perhaps Huel has cracked the code, and this is a new dawn for cinnamon based supplements? But at the time of writing, we can only make predictions for how it will be received. Our guess is that it will be loved by some, hated by more, and ignored by the vast majority of Huel customers.

The most aggressively neutral taste in Huel’s locker, and an incredibly unpopular flavour based on user reviews. It is often bought by Huel customers who dislike artificial sweeteners such as sucralose. But really, opting for a meal replacement shake such as Rootana is a better option. Not only does Rootana use natural sweeteners (coconut sugars), but it also provides delicious tasting flavours.

Huel unflavoured is not popular at all, and even those who use it regularly conceded that it takes a lot of getting used to. But why subject yourself to that? This is the sort of powdered food that Science Fiction movies of the 50s and 60s warned us about!

Perhaps the most infamous product in Huel’s entire history. The chocolate flavoured Huel is held up as the poster boy of bad decision making and poor quality control. How is it even possible to screw up chocolate this bad?

To be fair, there are two opposing camps when it comes to Huel chocolate, you have the haters who are numerous in number, and very vocal. But you also have the people who love Huel chocolate, but even they can understand the hate even if they don’t agree with it.

The biggest complaint is that the chocolate flavour does not taste like chocolate. This is a fairly large issue in our opinion. Even many of the people who reportedly enjoy the taste say that it tastes nothing like actual chocolate.

The standard advice is to mix the chocolate Huel with other flavours to mitigate the bad taste, or to mix low-calorie hot chocolate with the powder for a more chocolatey experience. Or instant coffee, for a caffeinated mocha flavour.

If this sounds like fun, then by all means purchase your chocolate flavoured Huel, but if you are not insane then please stay away!

Hopefully, you’ve found this review on Huel flavours to be enjoyable and amusing, please don’t take it too seriously. Taste is subjective, and what you enjoy may not be enjoyed by others.

Huel is a great meal replacement product, but it is not the only company in town. Why not check out Instant Knockout Complete? A vanilla tasting meal replacement shake that goes incredibly well with milk or non-dairy milk alternatives.

Or you can check out Rootana, which avoids all artificial sweeteners, and uses coconut sugar to create delicious tasting meals. To discover where Huel ranks in our best-of list, check out our guide to the top 5 meal replacements for weight loss, muscle gain, and health.