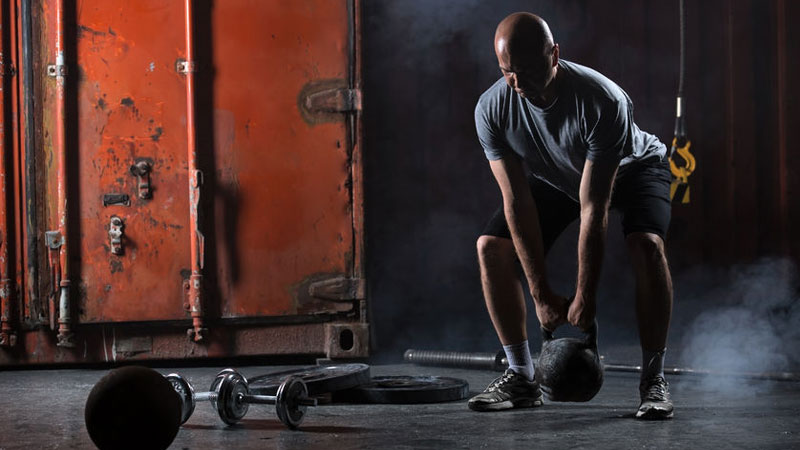 Blow up your workouts with supercharged natural pre-workout supplements

Have you ever tried your absolute best to get fit, lose weight or build muscle only to find that your motivation, grind and energy levels let you down?

Pre-workout supplements were designed to enhance sports and gym performance by ramping up every element of physical and cognitive performance. No matter whether you’re struggling to lose a few pounds, gain some momentum or smash a few PRs, a pre-workout supports your goals.

With the best pre-workout supplement, you can say goodbye to fatigue, exhaustion, lack of willpower and loss of focus. These science-led, evidence-based miracle supplements bring out your inner athlete.

Want to lift more, run faster, and build unrelenting power in the gym?

What Is a Pre-Workout?

Pre-workout supplements give you the power, strength, stamina and endurance of a top level athlete.

Thirty minutes into your workout the dreaded fatigue starts to kick in. You promised yourself that this time things would be different. That no matter how tough this gym session would be you’d fight through and smash your targets.

But as the sweat soaks your eyes and your heart rate ramps-up to the ferocity of a double bass kick drum, you start to fade. You’re getting tired and you feel drained.

A strong, powerful and performance-enhancing pre-workout. That’s what.

Pre-workout supplements are forging a new breed of athlete…

As a novel, exciting kind of performance-enhancing supplement, pre-workouts are the result of thousands of hours of research. As science develops and clinicians learn more about what makes your body tick, new and innovative products are released.

Imagine a supplement that could hijack your physiology, transforming you into a stronger, leaner, fitter version of yourself. One that doesn’t crumble under a load of a heavyweight, or fall helplessly into a heap on the floor after a few sprints.

That’s what a pre-workout does… and does it phenomenally well.

Pre-workout supplements are completely safe and legal – and they contain only natural ingredients. They use scientific research of optimal dosing and target different physiological pathways to supercharge results.

Specialized ingredients in pre-workout supplements will:

Key Point: Pre-workout supplements are designed to improve both the physiology and psychology of your workouts. They help you get better results in the gym trenches and help you fight your way to new fitness levels. 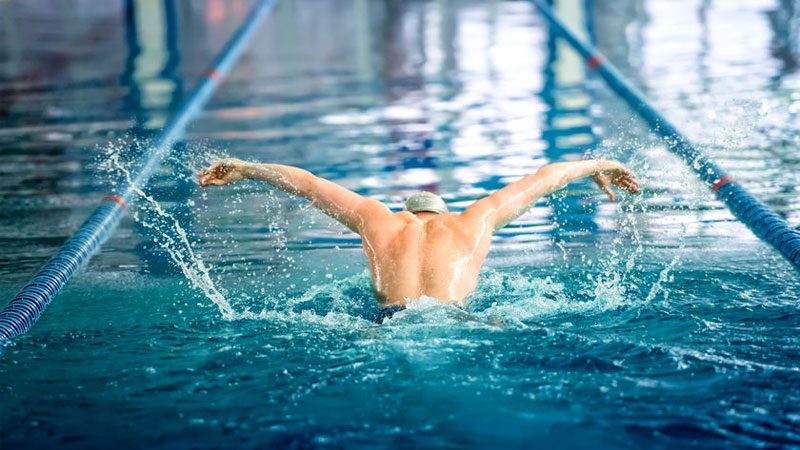 To get the best results you need the best supplements.

We’ve used our collective knowledge and experience at Greatest Physiques to compile this list of essential pre-workout supplements to help you supercharge your gym sessions and sculpt a physique you could only dream of.

According to our expert scientists, coaches, and lifters, here’s what to look out for… 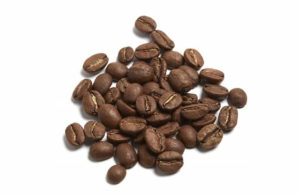 When it comes to safe, legal, knock-your-socks-off powerful supplementation, caffeine is your number one performance-enhancing nutrient.

Caffeine is a stimulant that inhibits your adenosine receptors. These receptors have the job of keeping you relaxed, sedate and calm. But when you throw caffeine into the mix, it bypasses them, helping switch your body into all-out exercise mode.

Helping you achieve higher levels of mental arousal and alertness, caffeine triggers a fight-or-flight response by elevating circulating levels of epinephrine. The result is:

Caffeine as a pre-workout supplement

The evidence behind caffeine as a performance-improving pre-workout is substantial.

High-powered position statements from expert bodies such as the ISSN suggest that caffeine is effective for enhancing sports performance. And not many supplements come out from these highly evidence-based studies unscathed.

As an all-natural stimulant, caffeine significantly reduces muscle pain from exercise. For example, one study found that pre-workout caffeine reduced delayed onset of muscle soreness by a staggering 48%.

Because of its stimulatory effects, caffeine pre workouts increase the time to exhaustion. It helps to boost endurance and stamina during cardio exercise. It also positively effects carbohydrate use too, helping to reduce the amount you use during hard workouts.

Caffeine is an effective, science-led compound that accelerates results and helps you take your training to the next level altogether.

Channel your focus and energy with this nootropic amino acid. 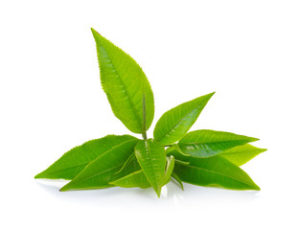 L-theanine is a building block of protein found in tea leaves and some species of mushroom. It’s famed for its ability to promote relaxation and calm.

Why exactly is a calming ingredient on our list of best pre-workout supplements?

Well, it helps you dial in and focus.

This chemical regulates mood and emotions, as well as promoting sleep and reducing anxiety.

L-theanine as a pre-workout supplement – The smart caffeine effect

Using a pre-workout nutrient that promotes relaxation might seem like a strange one. But all comes down to the interaction between L-theanine and caffeine. When combined they form what we call smart caffeine in the industry, which provides a number of benefits:

Research shows that adding L-theanine to your caffeine pre-workout boosts athletic performance. A study published in Nutritional Neuroscience found that when smart caffeine was used prior to challenging tasks, memory, speed, and accuracy all improved. 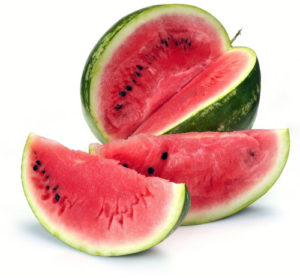 Citrulline Malate is an amino acid that you’ll find in foods such as watermelon, squash, and pumpkin. It converts to L-arginine in your blood, increasing nitric oxide (NO) in your system.

When NO levels increase, vasodilation occurs. As your blood vessels widen, more blood comes rushing through. Increased blood flow means more oxygen. And of course, more nutrients delivered to the muscles during exercise.

Watermelon only contains around 200-300 mg of citrulline; however, optimal dose for a pre-workout is 6,000-8,000 mg… that’s a fair amount of watermelon if you aren’t taking a supplement.

Citrulline malate as a pre-workout supplement

Have you ever hit a high volume workout and wondered why you looked so pumped? Your muscles were full, vascular and all-of-a-sudden you looked like a different person. That’s the nitric oxide effect.

Now imagine having that pump for hours and hours after your workout. No need to rush to take that post-workout changing room selfie before the pump wears off!

Studies have shown that with 6,000 mg of citrulline supplementation, nitric oxide levels will be significantly higher.

Not only will your pumps be more aggressive; they’ll last longer too.

Citrulline malate has been found to improve recovery when taken as a pre-workout. In one study, 41 men were given either a single dose of citrulline malate or a placebo, and then put through two brutal chest-based workouts.

Researchers found that not only did the citrulline group complete more total repetitions but rated their muscle soreness as 40% lower too.

Creatine has become the supplement of choice for many athletes striving to improve sports performance. 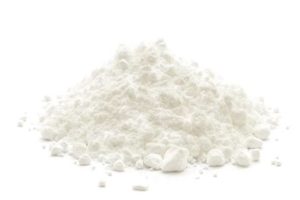 Your body relies on a compound called adenosine triphosphate for energy. Each time you move, walk, lift or run you use this stored energy up. And much like a battery, you need to time to top your ATP stores up.

The harder your workout, the faster you use ATP. Without a fast-paced system to generate more energy, you’ll be on your ass after 10 seconds of sprinting or a few heavy reps.

Found mostly in muscle, but also in brain, kidney and liver tissue, creatine is a natural substance. You get it from a normal diet by eating animal products such as meat and fish. But it’s also produced in small amounts in your liver by combining amino acids.

Creatine helps to regenerate ATP as fast as possible. To maximize its effects, you need a supplement – you only store small amounts in your body otherwise.

A creatine pre-workout supplement allows you to ‘stock up’ your muscle stores of ATP prior to hitting the gym; optimizing your ability to increase ATP re-synthesis.

Creatine as a pre-workout supplement

There are several benefits to creatine supplementation. These include:

Creatine boasts bulletproof evidence as a physical-performance supplement. As one of the most-researched compounds ever used by athletes, its benefits are far ranging.

One research review saw that adding creatine to a weightlifting program improved bench press one-rep max by a phenomenal 45%. When another group of scientists conducted a large review of all existing creatine studies (300 in total), they found that supplementation led to the following improvements:

It also significantly improved muscle mass and strength-endurance too.

A deep red hit of nitrates that’ll ramp up stamina and strength. 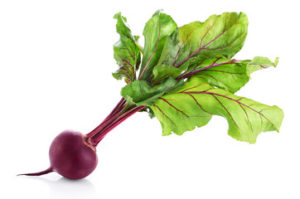 Red beet is a dark-colored root vegetable that can be used in both savory and sweet dishes. You’ll find it in everything from salads and curries, to cakes and cookies. It’s perfect with soft cheese… but also chocolate too.

Beets have a distinctively earthy taste and are packed full of vitamins, minerals, and bioactive nutrients. They’re high in fiber, vitamin C, vitamin B6, magnesium and iron.

The real power though is in high levels of phytonutrients. Red beet contains both betanin and vulgaxanthin – both of these have potent antioxidant effects that improve health and performance.

Red beet as a pre-workout supplement

It’s fast becoming the most popular, science-backed pre-workout supplement on the market. Red beet is high in inorganic nitrates. It’s these that act as a precursor to nitric oxide – and once in the body they convert to nitric oxide (NO) which is the compound that speeds up vasodilation.

Studies show that as a pre-workout, red beet significantly benefits:

Red beet is a powerhouse stamina supplement. It’s not the nicest tasting food ever, so a supplement high in nutrients is a fantastic alternative.

Use rhodiola to fight fatigue and maximize focus during tough workouts. 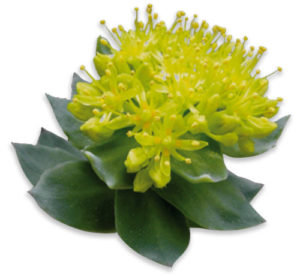 Rhodiola rosea, known as Golden root, is a plant from the Crassulaceae family. It grows naturally through Europe, Russia and North America, and has been used as a traditional medicine for hundreds of years.

As you can probably tell from the countries that it thrives in, it’s a cold weather plant.

As an adaptogen, rhodiola reduces stress. If you’re feeling unmotivated or tired, this pre-workout optimizes performance and lets you fight through the physical and mental barriers of fatigue. Much like L-theanine, rhodiola rosea helps to create harmony between energy and relaxation.

High in bioactive chemicals such as rosavin and salidroside, rhodiola triggers several changes in the brain and provides important benefits to health:

Rhodiola rosea as a pre-workout supplement

As well as a range of cognitive benefits, rhodiola also improves physical performance. A study from the renowned publication Journal of Strength and Conditioning Research, found that a single dose of rhodiola pre-workout led to significantly faster 6-minute time trial times in a group of cyclists.

Another study demonstrated the powerful performance-enhancing benefits of rhodiola in a group of young athletes. Just 200 mg of rhodiola was found to improve both leg strength and endurance training, as well as endurance and force production. 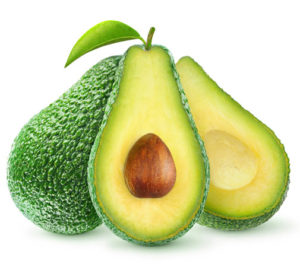 Acetyl-L-carnitine or ALCAR, is an amino acid found in foods such as avocados, meat, fish and dairy. It’s the most effective, bioavailable form of carnitine.

Because of its specific chemical arrangement, ALCAR is able to cross your blood-brain barrier. This barrier usually stops cells, particles and chemicals passing into your brain as a way of protecting your nervous system. Once in your brain, this natural compound begins to take effect:

Acetyl-L-carnitine as a pre-workout supplement

If you’re training to shred body fat, you’ll be in for a pleasant surprise. More and more athletes and bodybuilders are taking ALCAR in order to shift their physiology into optimal fat burning mode by boosting energy expenditure and favorable changing lipid profile.

Research shows that when ALCAR is given to highly fatigued men and women, fatigue severity decreases. And just when you thought this natural amino acid couldn’t get any better; it’s also been shown to decrease metabolite build up and muscle soreness after hard training too.

A high-quality pre-workout supplement helps you shirk off the daily fatigue and smash your workouts with the ferocity of a pro athlete.

With a blend of the right supplements, you’ll improve everything from physical performance and muscle mass, to cognition, focus and drive.

Now go out there and crush that workout!