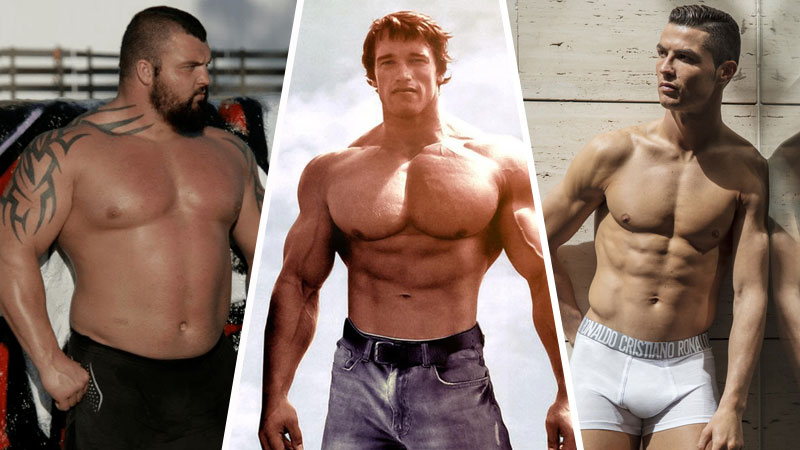 Many people still believe that somatotypes control your progress in the gym. And that while superior physical proportions others find it impossible to get lean or pack on muscle.

If you’ve been part of the weight room community for a while, you’ll have probably come across the term somatotypes. It’s the idea that everyone can be categorized based on their size and shape. And that your body type charts your potential as a gifted aesthetic athlete… or otherwise.

But to what degree does your shape affect how you look, feel and train?

Are somatotypes really that important when it comes to building muscle, shredding body fat and building brute-force athleticism?

In this detailed guide we take a look at everything you need to know about somatotypes and how body type may (or may not) affect your gains.

Human physiques are said to be classified into three broad categories based on height, weight and limb length. This concept is referred to as somatotyping.

Way back in the 1940’s, a psychologist called William Herbert Sheldon proposed an idea. He suggested that the human body could be classified based on its build. In other words, the specific structure, joint ratios and body composition of every person on Earth could be put into one specific somatotype.

Weirdly, Sheldon gathered his research by taking nude photos of undergraduate students over years and years. He referred to them as ‘postural photos’ with an aim to assessing postural issues in young adults.

In his research, Sheldon proposed 3 somatotypes:

Where do these names come from?

The names of these categories came from Sheldon’s knowledge on embryonic development germ layers. In embryogenesis, the endoderm develops into the digestive tract, the mesoderm into vascular tissue and the ectoderm into skin and nerve cells.

According to one study, somatotyping can be thought of as ‘numerical shorthand for describing the human physique’ [1]. 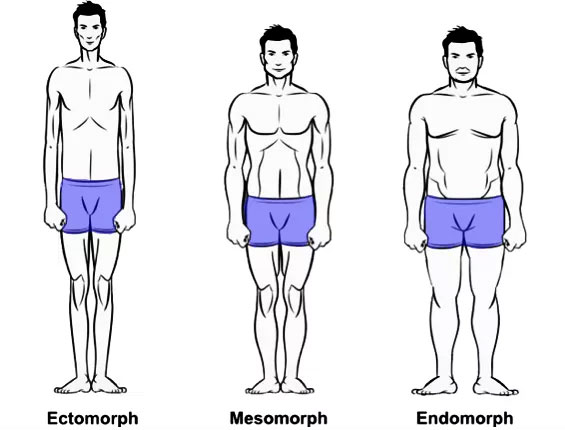 What are the three types of somatotypes?

In Sheldon’s system, there are three categories of human physique. Each of these is an extreme body type, with very specific characteristics.

Each of the three somatotypes are based on height, weight and limb circumference. It’s claimed that certain somatotypes suit specific sports better than others.

How are the different somatotypes classified?

Whether you’re an ecto, endo or mesomorph depends on your individual anthropometrics – the size and scale of your physique.

An extreme mesomorph would receive a score of 171 for example, whereas an endomorph would be 711 and an ectomorph 117.

It’s rare to come across an out-and-out somatotype. They are rare outliers that don’t often exist.

Instead, it’s more usual to come across ‘normal’ built men and women – the kind of somatotype scores of 444 for example.

There are a few ways to calculate your somatotyping score. The most well-known is the Heath-Carter Formula – an objective (but difficult) calculation using measures of height, weight and various limb circumference measurements.

This allows you to plot where you are in reference to each of the three somatotypes and gives you a clearer idea of your natural body shape.

There are strong cultural inferences made between body type and culture.

Originally, Sheldon suggested that a person’s somatotype was highly correlated with their personality and temperament. For example, endomorphs are lazy, less-motivated people – both jolly and sociable in nature. Mesomorphs are said to be more aggressive and dominant, and ectomorphs are timid, anxious, intellectual people.

This idea of constitutional psychology was quickly thrown out by other researchers.

Previous theories have tried to link somatotypes to personality characteristics… however, these cultural stereotypes were quickly discounted due to lack of evidence. 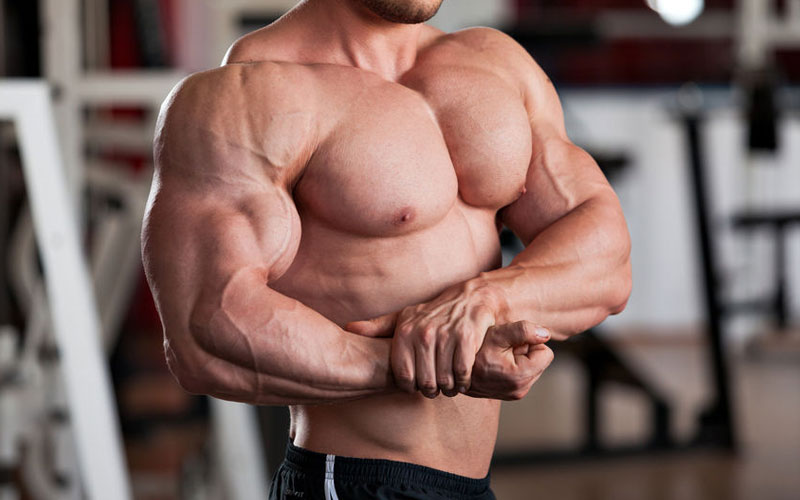 Male vs. Female somatotypes: Is there a difference?

There’s a clear difference between men and women when it comes to body shape, fat distribution and ‘attractiveness’.

Men are apples, women are pears

There’s a clear differentiation between males and females when it comes to somatotypes and body shape [2].

On average, men are taller, more muscular and leaner.

And while it’s stereotypical to think that all women want to develop a curvy hourglass figure, and men want to be jacked and muscular, data does suggest biological differences around average body shapes.

Men and women have similar somatotypes for the same sport

A study of Nordic skiers analyzed the somatotypes of both men and women competitors [3]. The research team determined that specific body type suited the endurance-based sport.

The characteristics of 11 men and 5 women were measured, with researchers using this data against Sheldon’s 7-point score system. Unsurprisingly, Nordic skiers were leaner than the average person, with a body fat number of 7.2% for men and 16.1% for women.

Using the Heath-Carter formula, Nordic skiers were 1.95-4.45-3.00 (ectomorphic mesomorph) and 3.5-4.3-2.3 (endomorphic mesomorph). In other words, men and women that excelled in one of the toughest endurance sports out there were lean, tall and slightly muscular… regardless of sex.

Women find mesomorphs the most attractive

As a natural mesomorphic guy, you’re onto a winner according to this study from Evolution and Human Behavior [4].

Women were asked to ‘check out’ men as they struck a back pose.

The men varied from lean and thin to short and fat – and everything in between. Researchers used eye-tracking technology to look at exactly where the women cast their gaze on the men, assessing the attention they gave specific body parts.

Women then gave the men a rating of attractiveness too.

The results showed that mesomorph men received the highest ratings of attractiveness, with an even amount of visual attention given to both upper and lower back areas. The same visual attention was received for ectomorphic men, although they weren’t rated nearly as attractive.

In contrast, endomorphic men received more attention to their lower back, but again were not rated as being attractive compared to the naturally-muscular mesomorphic men. 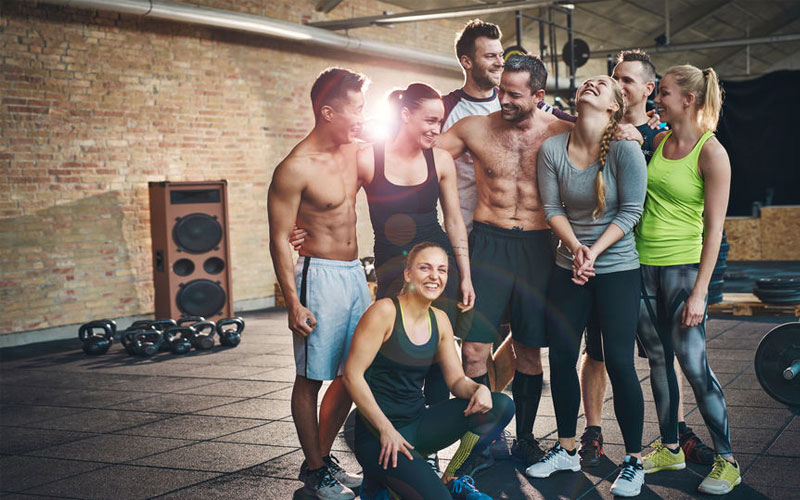 Somatotypes in bodybuilding and nutrition

Eating and training plans based on somatotyping are restrictive and limiting. There’s no value to it in the real world of bodybuilding.

There’s always been a dogma in bodybuilding nutrition. For example, how many times have you heard the following…

“Losing this extra fat is so tough when you’re a natural endomorph like me!”

Let’s be right, not everyone has the genetic chops to stand on stage and be crowned Mr Olympia. Having the right muscle fiber ratios, anthropometrics and structure is essential for being the best in the world.

But does that mean you can’t transform yourself into your greatest physique because you’re restricted by your somatotype?

The truth is that you’re not labelled by your somatotype.

Remember, Sheldon wrote Atlas of Man as a way of stating body type is linked to personality. That’s all. It’s nothing to do with bodybuilding or nutrition.

There’s some science to back up somatotypes in sport

Although somatotyping hasn’t been studied in depth, there are a few research papers out there trying to show its efficacy.

A 2010 study from the British Journal of Sports Medicine for example found that stroke efficiency and performance altered between athletes with different somatotypes [5]. And another study saw that somatotypes played a big role in player positions, with taller players naturally gravitating to some positions, and smaller players to others [6].

Bodybuilding changes your physique regardless of somatotype

The idea that you’re limited by your own genetic proportions has been debunked in the science time and time again.

In a study published in Journal of Physical Education and Sport for example, researchers found that bodybuilders naturally shifted their body type to mesomorphic during their career [7].

This was regardless of starting point. 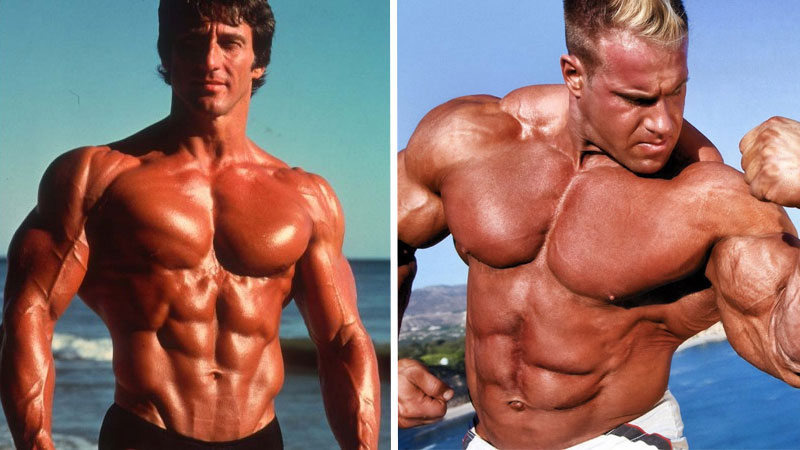 The idea of ‘body type nutrition’ is one of the biggest body building fallacies.

Thinking you need to lift a certain way or eat specific foods based on your shape just doesn’t hold up when you take a deeper look at the science.

Although professional bodybuilders have to be both muscular and lean, they all have very different physiques.

Take Frank Zane for example – he’s your typical ectomorph. He’s muscular for sure; but he’s also naturally-lean and much smaller than many bodybuilders on the circuit.

Similarly, huge endomorph bodybuilders like Jay Cutler are massive all-year round. But still manage to get super-shredded for the stage, even though their somatotype says they shouldn’t be able to.

The bottom line is that your nutrition plan needs to suit you as a person, not a three-point numerical system from the 1940’s.

If you’re not adding muscle, don’t give up – just train harder and eat more. If you struggle to get lean, just drop your calories, thrown in some cardio and hit the weights room.

Check out these muscle building and nutrition guides to get lean, strong and muscular:

You aren’t restricted by your body shape. Everyone can craft a leaner, stronger physique with the right training and nutrition approach.

There are hundreds of thousands of examples where people have drastically changed their body shape, not just reinventing themselves but completely changing their somatotype too.

We’ve seen athletes such as Andrina Santoro go from an ultra-thin ectomorph to a more athletic, voluptuous figure. Likewise, Evan Centopani struggled to get lean when he was younger.

Both of these athletes are great examples that exercise, and diet can completely change the way you look… and feel about your physique.

Worrying too much about your somatotype can negatively impact your training and diet. While it’s true that some people have great genetics and others don’t, every single person can carve out their best version of themselves… a truly greatest physique.

That’s how to be the best you can be.

[7] Tyhkorskyi, O et al. Analysis of the morphological changes in beginning bodybuilders due to resistance training. Journal of Physical Education and Sport. 2018; 18(1): 52: 382-386